Vanuatu, know as New Hebrides before 1980, state of Melanesia in southwestern Pacific; 12,190 km2, 293,000 residents (2019). Vanuatu encompasses a chain of twelve major and some sixty smaller islands that extend over 900 km from the northwest to the southeast. Almost 70 islands are inhabited; the biggest among them are Espíritu Santo and Malekula. The capital Port Vila (51,300 residents, 2012) is located on the island of Efaté in the middle of the archipelago.

Vanuatu encompasses a chain of twelve major and some 60 smaller islands. On the two largest islands there are remnants of older bedrock, but most of the islands are built up by younger rocks, such as lava and coral lime. The islands are tall and have a topography of mountains, plateaus and coastal lands. The country has a maritime tropical climate with two seasons, one hot and humid during November – April and one cool and dry during May – October.

Parliament has the legislative power, and its members are elected in general elections every four years. The Council of Ministers is the Executive and is chaired by the Prime Minister appointed by Parliament. The president is the head of state and is appointed for five years by parliament and the presidents of the country’s regional councils. The country became independent in 1980 from the United Kingdom and France, which agreed on joint colonial rule. Vanuatu is a member of the Commonwealth.

Vanuatu is one of the least developed states in the world. The industry is very limited, transport conditions are poor and the lack of educated, domestic labor is very large. The traditional barley crop is copra from coconut trees, but production is uncertain due to tropical storms and large variations in demand. The country also earns revenue by selling fishing permits to foreign fishing fleets. In 2015, large parts of the country’s development of the tropical cyclone Pam were demolished. 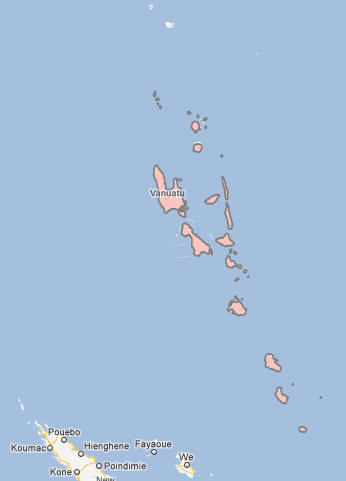