As of 2019, there are 20 airports throughout the state of Hawaii according to IATA and ICAO. Through the table below, you can find name of each airport, its abbreviation, city location, and size. Airports in Hawaii are listed in alphabetical order. Please note that some airports serve internationally, while the other only serve domestically. 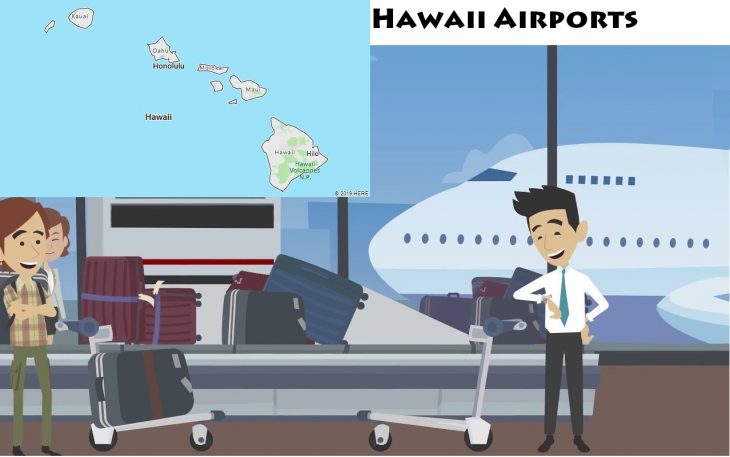 It is one of the 50 states in the USA and is located in the Pacific Ocean, 3,857 km from San Francisco. There are six main islands: Kauai, Oahu, Molokai, Lanai, Maui and the island of Hawaii.

In 1778, James Cook visited these islands, when they were inhabited only by Polynesians. Americans arrived in the first half of the 19th century. In 1898, Hawaii was annexed to the USA as a territory and, in 1959, it became its fiftieth state.

Pearl Harbor’s naval base is on the island of Oahu and was attacked by the Japanese on December 7, 1941, prompting the United States to enter World War II.

The capital is Honolulu, located on the island of Oahu. The State’s population is 1.4 million residents (2015).

Honolulu is a city, a port, a county and the capital of the State of Hawaii. The City is the economic, cultural and political center of the State. Honolulu County includes the Island of Oahu and several islets. Honolulu has a mountainous and choppy relief, but with beautiful beaches. The north coast of the island has great waves and attracts many surfers.