As of 2019, there are 145 airports throughout the state of California according to IATA and ICAO. Through the table below, you can find name of each airport, its abbreviation, city location, and size. Airports in California are listed in alphabetical order. Please note that some airports serve internationally, while the other only serve domestically. 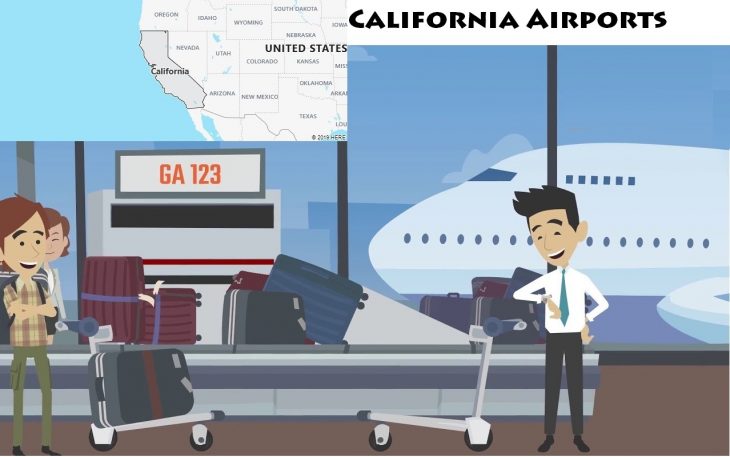 California is the third largest state of the US, having the border with Oregon, north to the border with Mexico in the south. About 40% of the population speaks a language other than English at home.

It has lovely landscapes, with redwood forests on the north coast, granite peaks in Sierra Nevada and desert scenery to the south. In Los Angeles is Hollywood and Beverly Hills. In San Francisco there is the Golden Gate and Chinatown bridge.

San Francisco is a picturesque city in California. You can go down the San Francisco hills in old cable cars, watch sea lions and albatrosses in the port and think you are in China when walking through Chinatown. The city receives more than 15 million visitors annually.

Other highlights are the Golden Gate Bridge, the wooden houses in Victorian architecture, Market street, the Telegraph Hill from where you can see the whole city. The historic Fisherman´s Wharf is a lively dock with many options for pubs and restaurants.

Los Angeles, the largest city in California, is one of the top tourist destinations in the United States. The City is home to a large number of art galleries, theaters, museums, dozens of annual events and many other attractions.