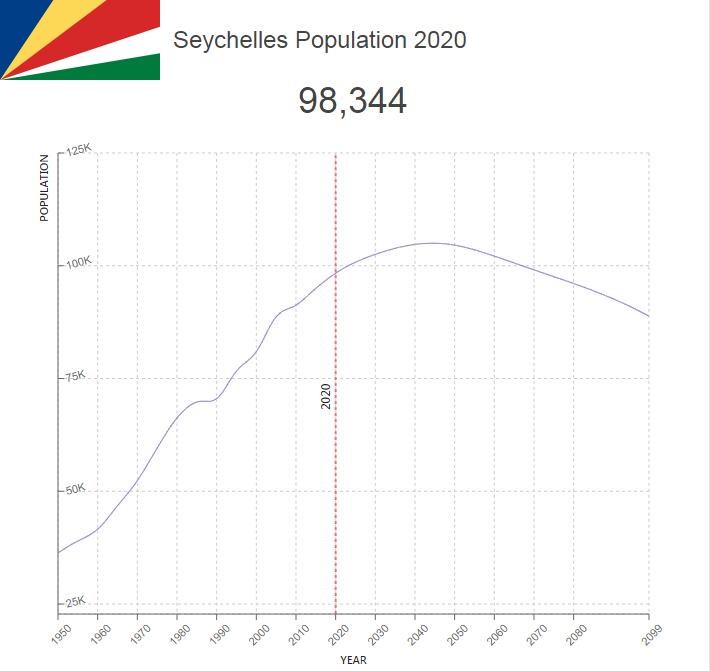 Seychelles is Africa’s smallest country in terms of both area and population. Having been a poor colony, the island state today is one of Africa’s richest and most developed countries.

The population is composed of descendants of the African workers who were imported to the islands, Indians who settled there, and British and French colonial officials. Almost the entire population lives in the northern archipelago, and close to 90% on the island of Mahé, where the capital Victoria is located.

Population of Seychelles by Year (Historical)

Major Cities in Seychelles by Population

Christianity is almost one-sided; the Catholic Church, which has support from approximately 76.2% of the population is strongly dominant.

Official languages ​​are seselwa (Seychelles), English and French. Seselwa is a Creole language, a local variant of French mixed with many words from Swahili and other African languages. English and French are widely used in teaching and media.