Where is Seychelles located on the map? Seychelles is an independent nation located in Eastern Africa. Check out the following images to see location of Seychelles on maps. 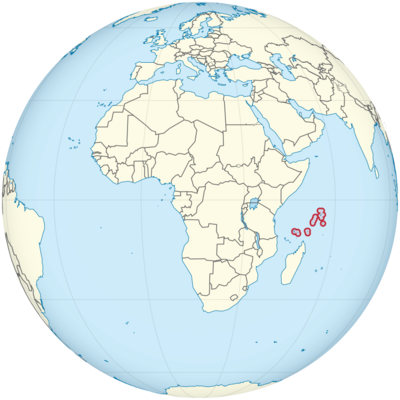 The Seychelles belong to Africa and are located in the east of the African continent in the middle of the Indian Ocean. You can find them on the map north of Madagascar and east of the Comoros.

The Republic of the Seychelles consists of 115 islands, some of which are coral islands and some of the islands are made of granite. Many of these islands are very small. A distinction is made again between the inner and outer islands. The main islands of Mahé, Praslin and La Digue belong to the Inner Islands. Most of the people live on these islands. Then there are the Outer Islands, the “outer islands”. These are coral islands with a low height. There is almost no drinking water here, so no people live there either.

The Seychelles are located in the Indian Ocean north of Madagascar.

On this map you can see the islands of the Seychelles.

The country was named after a French politician named Moreau de Séchelles, who primarily looked after the French settlers on the islands. During the colonial times, they set up large plantations to grow spices and export them. To do this, they brought slaves into the country who had to toil in the fields.

The monsoons play a major role in the Seychelles. The northwest monsoon blows from December to March. Afterwards it gets quieter. From May to September, the southeast monsoon sweeps the islands with its violent storms.

The sun often shines twelve hours a day in the Seychelles. The average temperature is 27 degrees. The water temperatures are also quite warm with an average of 26 degrees. It rains a little more on the more mountainous islands of the Inner Islands than on the rest of the islands, which do not receive as much rainfall. Most of the precipitation falls during the northwest monsoon from December to March.