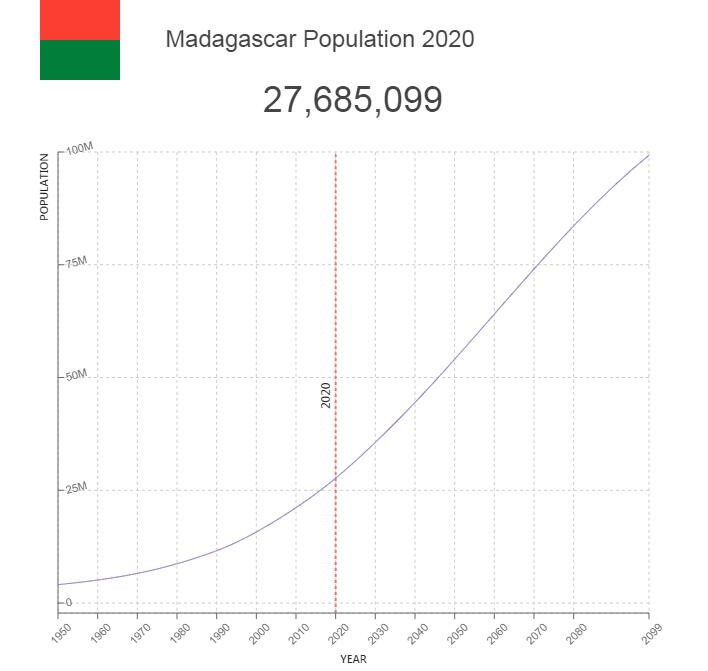 Madagascar has long been characterized by political uncertainty and poverty. Due to its isolated location, the island has a unique plant and animal life, which is not found anywhere else in the world. 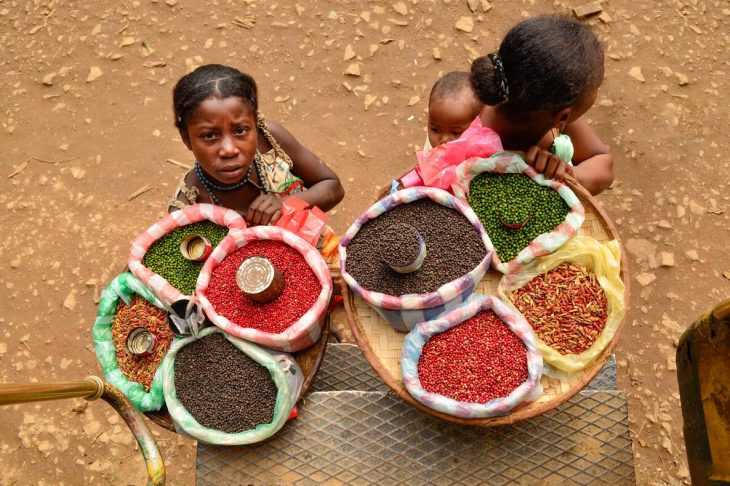 Population of Madagascar by Year (Historical)

Major Cities in Madagascar by Population

The population consists almost entirely of Malagasy (Malagasy), who are of mixed Indonesian and African descent, and are divided into about 20 ethnic groups or tribes. The Merina people make up 25 percent of the population and live in the area around Antananarivo. Other ethnic groups include betsimisaraka in the northeast of the country, betsileo on the altitude plateau around Fianarantsoa, tsimihety in the north and antanandroy in the south. Along the west coast the Sakalava people live. Also, there are small groups of Europeans (mainly French), Comorians, Indians and Chinese.

Madagascar has 39.4 residents per square kilometer (2013). The highest population density is found along the east coast and around the cities of Antananarivo, Antsirabe and Fianarantsoa in the central highlands. Since 1974, the authorities have been trying to spread the settlement from the often overcrowded agricultural districts of the Highlands to more sparsely settled areas in the west. Although most Madagascans live in the countryside, the cities grow in size, and approximately 38 percent of the island’s population resides in cities (2019). The largest city is the capital Antananarivo.

About half of the population are supporters of the traditional Malagasy religion, where the cult of ancestors plays an important role. Around 43 percent are Christians, of which just over half are Catholic, the rest are Protestants. 7 percent are Muslims, essentially immigrants from the Comoros.

Norwegian mission has been active in Madagascar since 1867 (Det Norske Mission), and a large number of Norwegian missionaries have served in Madagascar, including Christian D. Borchgrevink, who founded the medical education in the country, and Lars N. Dahle, Fridtjov S. Birkeli and Otto Chr. Dahl, all of whom have made important contributions to the history of religion, culture and language of Madagascar. Especially in nursing and school work, a great effort was made by female missionaries, including Marie Føreid, who did groundbreaking work for the care of lepers. Founded in 1950, the Gass Lutheran Church is independent from 1975.

Official languages ​​are French and Malagasy (Malagasy, Gassian, Malgache). Madagascan is one of the Indonesian languages of the Austronesian language family, closely related to the Manjan of Borneo.