Madagascar, state of southeastern Africa; 587,000 km2, 26.3 million residents (2019).Madagascar, which is separated from the African mainland by the Mozambique Canal, includes the island of Madagascar (the world’s fourth largest island) in the Indian Ocean as well as several adjacent small islands. The capital is Antananarivo (1.3 million residents, 2015). 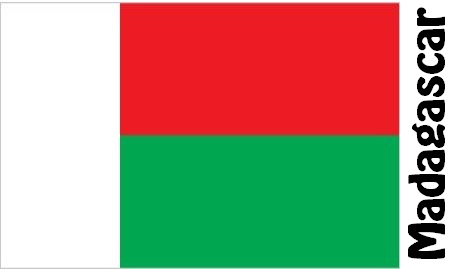 Most of the main island consists of a centrally located highland with a north-south ridge parallel to the coast. Madagascar is entirely within the tropical climate zone, but the altitude of the central plateau country means that this gets a warm-temperate climate.

The country is led by a president, who is elected in general elections for five years. The President has a strong position and is the commander-in-chief and appoints the Prime Minister. The legislative power is held by the Senate and the National Assembly. The National Assembly is elected in general elections for four years. After a coup in 2009 and subsequent political turbulence, the country has since 2011 a unifying government. Madagascar became independent in 1960.

The economy is strongly oriented towards primary nutrition. The industrial sector is mainly focused on the processing of agricultural products. Political instability and widespread corruption have made economic changes more difficult. At the beginning of the 1990s, a certain upturn in the economy was noticeable, but natural disasters combined with internal political disputes have led to new economic problems. 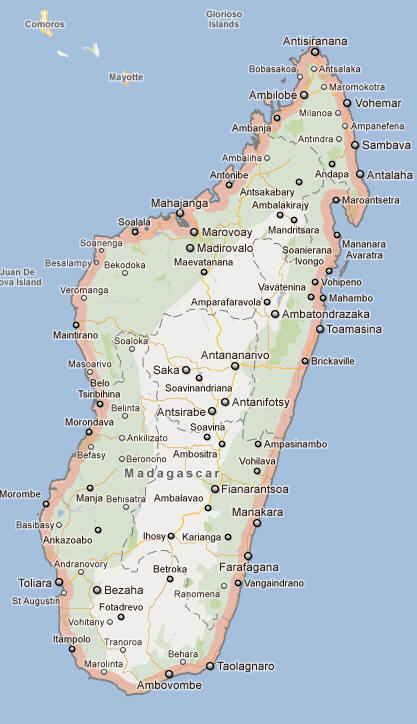