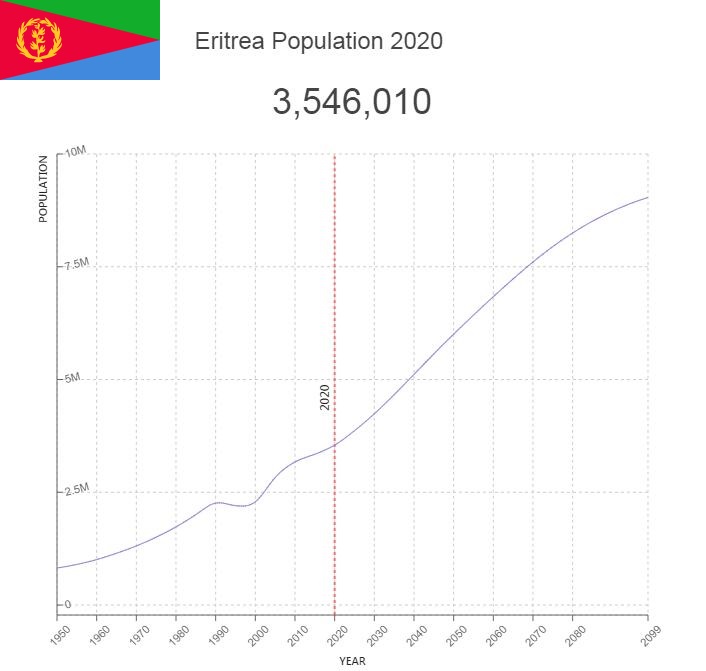 Eritrea is one of the world’s poorest countries. Since independence from Ethiopia in 1993, the country has been an authoritarian one-party state, where extensive human rights violations are committed. 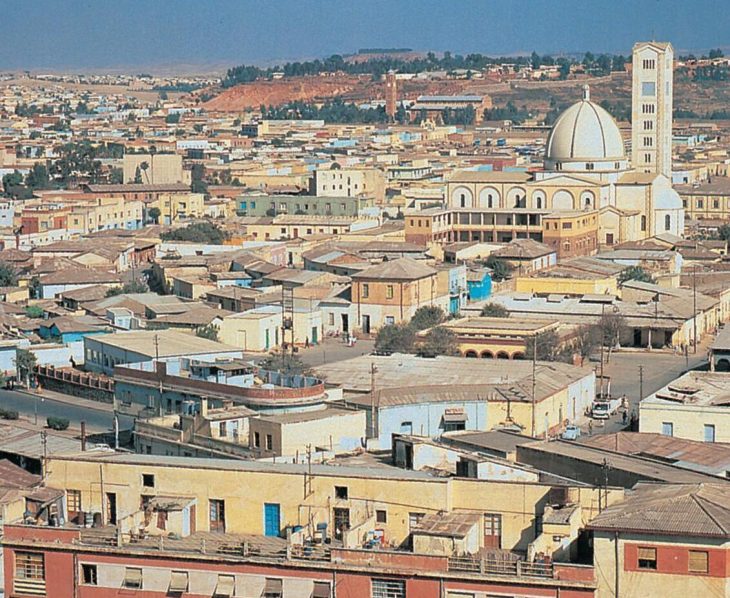 The liberation war from when Eritrea was annexed by Ethiopia in 1962 until independence in 1993 meant that hundreds of thousands were displaced from their homes, the proportion of orphans and war invalids is very high, and there is massive unemployment and underemployment. In addition, forced military service has led to a mass migration of Eritreans.

The largest cities are the capital Asmara and the port city of Massawa (Mitsiwa).

Population of Eritrea by Year (Historical)

Major Cities in Eritrea by Population

Eritrea does not have its own national language, and formally the country has linguistic equality. In reality, tigrinja is the country’s official language, spoken by about 50 percent of the population. Arabic is also widely used, and works with tiger grinia as an important working language. Tigrinja and tigré are descended from the old Ethiopian language geez. In the coastal plains, the Kushite languages ​​are spoken saho and afar, while the languages ​​nara and kunama belong to the nilo-sahara group.

There are no reliable figures on religious affiliation in Eritrea, but it is estimated that around half are Muslims, while the rest belong to various Christian churches. The Eritrean Orthodox Church (see Oriental Orthodox Churches), which broke with the Ethiopian Orthodox Church in 2002, is the largest church, and about 40 percent of the population belongs to this church today. The Catholic Church is the second largest Christian church with about 3 percent, while various Protestant churches, such as Pentecostal and Lutherans, make up about 7 percent. There are also followers of traditional African religion.

Sunnislam, the Eritrean Orthodox Church, and the Evangelical Lutheran Church are the only legally registered religious communities in Eritrea, where other faiths have had great difficulty in registering. This has led to state persecution by a number of religious groups, and by Jehovah’s Witnesses in particular.