Chile, State of South America; 757,000 km2, 18.7 million residents (2019).Chile borders in the north to Peru and in the east to Bolivia and Argentina and has a coast of over 4,200 km towards the Pacific. From the border with Peru in the north to Cape Horn in the south, slightly more than 38 latitudes or over 4,200 km. Chile also includes Juan Fernández Islands and Easter Island in the Pacific. In addition, a wide sector (53 ° –90 ° west longitude) of Antarctica is claimed. The capital is Santiago (4.9 million residents, 2013). 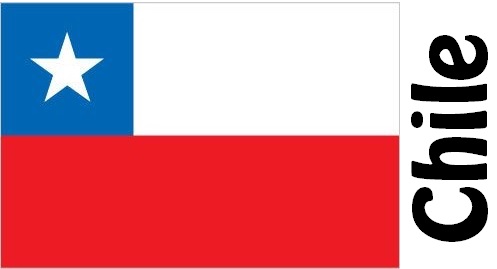 Chile consists of three regions, which extend through practically the entire narrow country: the Andes mountain range system in the east, with altitudes of more than 5,000 meters above sea level. in its northern part; the central long valley, which in the north forms an altitude plateau, and the Kustbergen furthest to the west, which runs like a high ridge between the long valley and the coast. The climate alternates between drought in the north and rain and humid air in the south.

Chile is a democratic republic, whose president must be born in the country and have celebrated 40 years. The president, who is both head of state and government, is elected in direct elections for a term of four years and must not be re-elected immediately. The country was proclaimed an independent state in 1818.

In Chile, there is a market economy, combined with some state enterprise. Since the mid-1980s, the country’s economy has shown steady growth, and the only worry cloud is the country’s dependence on copper exports. Despite widening its exports with food and timber, copper still accounts for about 40% of export revenue. Significant oil resources can be found at the Magellan Strait in southern Chile.