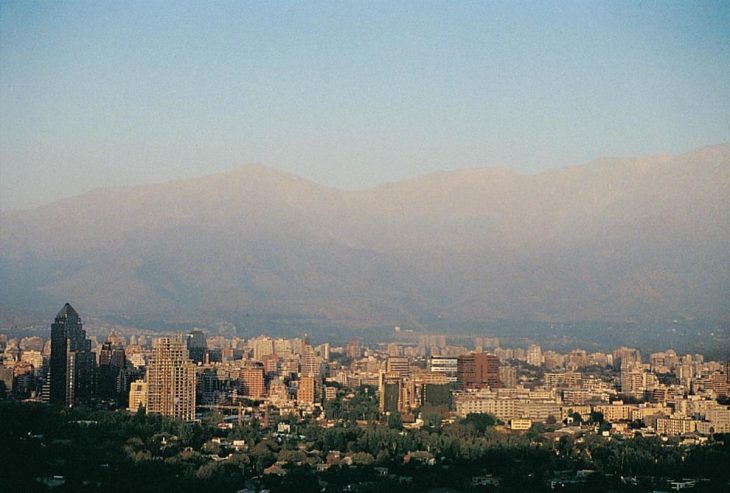 Santiago is the capital and largest city in Chile, with 6,257,516 residents (INE, 2017). The city is located in the plain landscape between the Andes and the coastal mountains on the Pacific, on both sides of the Mapocho River, about 600 meters above sea level.

Santiago is the country’s commercial and financial center, and the city’s multifaceted industry accounts for over 50 percent of Chile’s total industrial output. The city is an important road junction and has an international airport. Santiago’s port cities are San Antonio and Valparaíso, 100 kilometers farther west.

Apart from some colonial buildings, Santiago has a predominantly modern feel and a regular city plan with square street networks as well as many parks. The wide main street runs across the city in the east-west direction. The official name is Avenida Libertador General Bernardo O’Higgins, but is often called Alameda. Between the main street and the Mapocho River lies the city center, including Plaza de Armas, surrounded by magnificent buildings such as the cathedral (completed in 1775, rebuilt several times), the Palace of Justice and the former president’s residence, the post office’s main seat since the late 1800s.

In the city are two steep porcupine quarries, Cerro San Cristóbal (with a 27-meter-high Maria statue) and the city center and far smaller Cerro Santa Lucía.

The main street Alameda ends in the east of Plaza Italy, which marks the beginning of el barrio alto, the part of the city where the upper middle class and upper class traditionally resided. Due to the large class divisions in Chile, this part of the city differs markedly from the rest of Santiago, especially where the terrain begins to rise up towards the Andes in the east and the upper class is concentrated.

The city has been haunted by earthquakes several times. The last ones that caused extensive damage to the city were in 1985 and 2010. 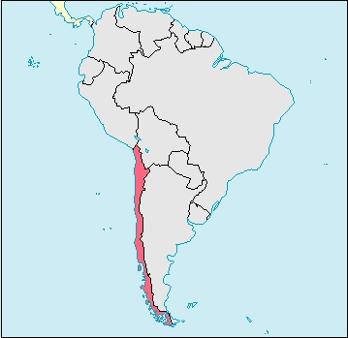