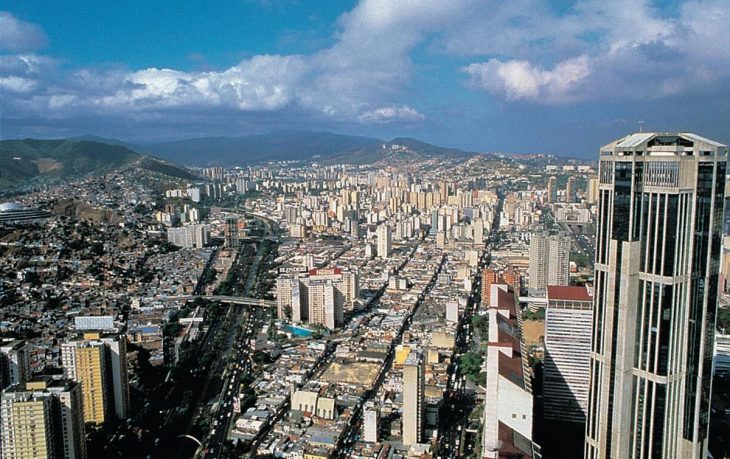 Caracas is the capital of Venezuela, with a population of 2,934,600 people (2018). The settlement is located partly in the federal district of Caracas (1930 square kilometers) and partly in the state of Miranda, and extends about 15 kilometers north-south and almost 30 kilometers east-west.

Caracas is located in a fertile valley just over 900 meters above sea level, at the foot of the Cordillera del Litoral (up to 2640 meters above sea level), about 10 kilometers south of the port city of La Guaira on the Caribbean Sea. The town is bordered on the sea to the north by the Ávila mountain range, which is also a national park.

The city of Caracas consists of the municipality (municipio) of Libertador and 22 boroughs (parroquias), and also constitutes a federal district (Distrito Capital), one of 24 federal units in Venezuela. Libertador, together with the municipalities of Baruta, Chacao, El Hatillo and Sucre (in the state of Miranda) together constitute the metropolitan area of ​​Caracas (Distrito Metropolitano de Caracas).

The municipalities have elected mayor (alcalde), while Distrito Capital is governed by a senior political leader (Jefe de Gobierno del Distrito Capital), appointed by the president.

Caracas is Venezuela’s administrative, cultural and economic center. The industry includes the food, transport and textile industries as well as the manufacture of building materials.

Political institutions such as the Presidential Palace Miraflores, the National Assembly, departments, the Supreme Court and the Venezuelan Central Bank (BCV) are located in the municipality of Libertador, centered around the historic center with Plaza Bolívar as the centerpiece.

The relatively new center, Centro Simón Bolívar, includes a university area, office complexes, theaters, recreation areas and a medical center. The modern university area of ​​Universidad Central de Venezuela (UCV, founded in 1721) was designed by, among others, the architect Carlos Raúl Villanueva and is on UNESCO’s list of the world’s natural and cultural heritage.

Caracas has had a subway (Metro de Caracas) since 1983. It is connected to several suburbs and satellite towns.

The city is the starting point for the Pan-American Highway. A modern highway leads to the port city of La Guaira and Maiquetía with the international airport, by the Caribbean Sea. The city has several universities, colleges and museums.

After 1950, Caracas began to grow at a rapid pace. This growth was largely driven by an expansion of the country’s oil economy, and subsequent migration from the countryside. The newly arrived migrants established themselves on the outskirts of the city, thus laying the foundation for today’s poor neighborhoods (barrios). Caracas is long divided between a wealthy eastern part and a poorer western part, with the exception of the huge eastern slum Petare in the state of Miranda.

Decades of unregulated urbanization processes have created extensive challenges with infrastructure, public services, poverty, social inequality and crime. During Hugo Chávez ‘s reign, extensive investments were made in housing construction and urban infrastructure in low-income areas. Caracas has one of the highest kill rates in the world; most of the killings happen in the poor neighborhoods.

Caracas was founded by Spaniards in 1567. The city was almost destroyed by an earthquake in 1812, when about 12,000 people perished. The release hero Simón Bolívar was born in Caracas and is buried in the Pantheon. The city played an important role during the liberation war against the Spanish colonial rulers and became the capital of the Republic of Venezuela in 1829. 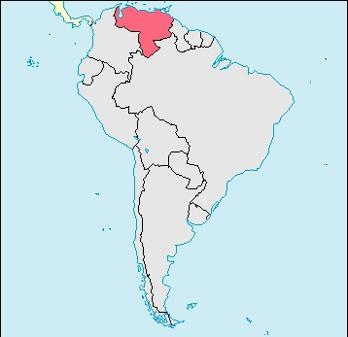