As of 2019, there are 26 airports throughout the state of Massachusetts according to IATA and ICAO. Through the table below, you can find name of each airport, its abbreviation, city location, and size. Airports in Afghanistan are listed in alphabetical order. Please note that some airports serve internationally, while the other only serve domestically. 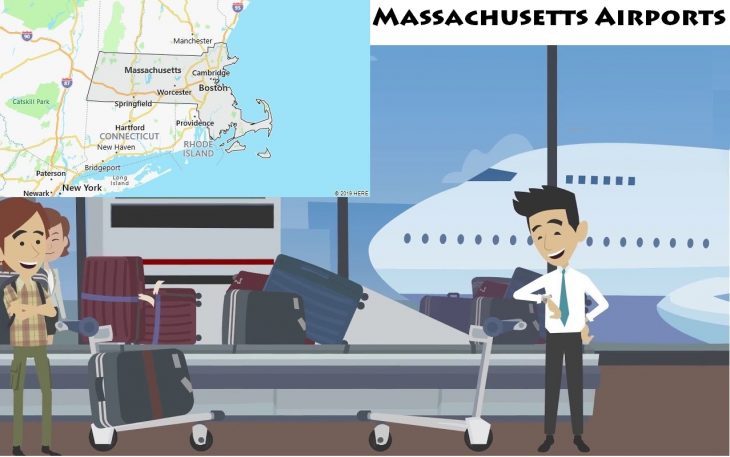 Massachusetts has 6.8 million residents (2016). The capital is Boston.

The first European settlements, in present-day Massachusetts, were established in the 17th century. In 1620, separatist pilgrims from the Anglican Church arrived at the Mayflower and founded the Plymouth Colony on Cape Cod. Massachusetts was one of 13 original colonies to declare independence in 1776.

Boston is the capital and largest city in the state of Massachusetts. It is also the seat of Suffolk County.

Boston was founded in 1630 by the Puritan Englishmen of the Massachusetts Bay Company, who opposed the Anglican Church. By the end of the 17th century, it was already one of the main ports among British colonies in North America. The city’s prosperity did not stop, but it was surpassed by others in the country, from the 18th century onwards. It continues to be one of the main cultural centers in the United States.