What is the Capital of Lithuania? Vilnius 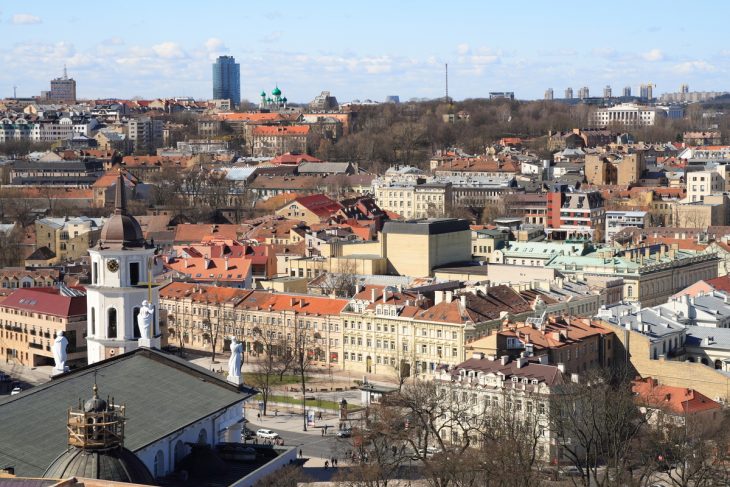 Vilnius, the capital of Lithuania, on both sides of the river Neris (Vilija). The city has 527,000 residents (2011). Transport and Communications Node. Important industrial town with mechanical, electrical, wood, clothing and food industry etc. University (1579) and several colleges.

Vilnius has many beautiful buildings in a variety of architectural styles. On the castle mountain in the middle of the city lies the ruins of Gediminas ‘ castle. The gate tower Ostra Brama is a remnant of the old fortifications. The Roman Catholic St. Stanislav Cathedral (1777-1801) is neoclassical in style, the St. Anna and St. Bernadine Churches are Gothic. The city’s historic center is listed on UNESCO ‘s World Heritage List.

Vilnius dates back to the 9th century and became the capital of Lithuania in 1323 under Grand Duke Gediminas. After the union with Poland in 1569, the city was heavily polarized. In 1795 it came under Russia. In 1915, Vilnius was taken by the Germans and changed owner several times in 1919-20. The Russians occupied the city in July 1920 and relinquished it to Lithuania. The League of Nations gave its approval subject to a referendum, but the day before this jerked Polish freemen under the leadership of Lucjan Żeligowski and proclaimed the state of Central Lithuania, which in 1922 joined Poland. The town had predominantly Polish and Jewish population, while the surrounding population was Lithuanian and Belarusian. Lithuania maintained Vilnius as the country’s capital and kept the border locked until Poland in 1938 forced through the opening of the border. The city was occupied by Soviet troops in 1939.