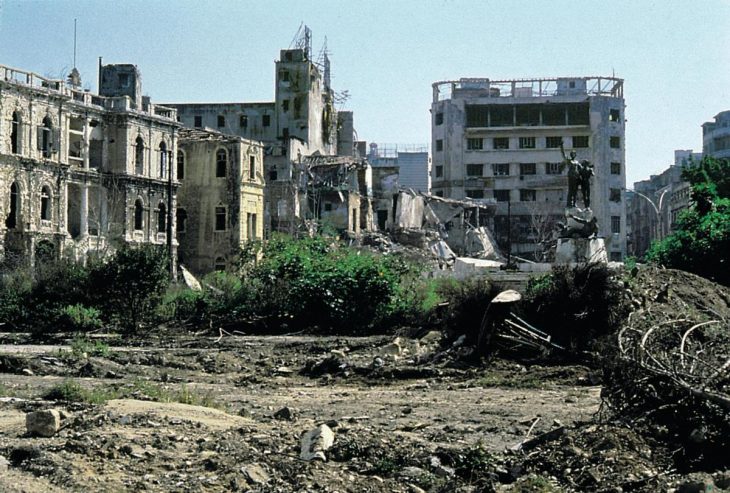 Beirut city and the capital of Lebanon. An estimated 1.7 million people live in the urban area; official figures are not available. Beirut has a natural coastline to the eastern Mediterranean and has been a natural trading center throughout history, and the area has been populated since the 15th century before our time.

Beirut is mentioned in Egyptian inscriptions in the 15th century BCE. The city was a large trading town in Roman times and Roman colony (Berytus) from 14 BCE. The city was known as a center of knowledge, but was destroyed by earthquakes in 551. In 635 Beirut was captured by the Arabs and in 1110 and 1197 by the Crusaders. Beirut then belonged to the Christian Kingdom of Jerusalem until 1291, later the Egyptians, the Druze and the Turks. Between 1831 and 1840, the city was occupied by Muhammad Ali, who had to give up Beirut after being bombarded by a British-Austrian-Turkish fleet.

From 1920, Beirut was the capital of the French mandate state, from 1941 the official capital of the Republic of Lebanon. The city was severely destroyed during the Lebanese civil war of 1975–1990, and there were extensive fighting actions and major casualties during the Israeli occupation of 1982–1985.

In late summer 2006, the city was hit by Israeli bombs in connection with Israel’s war against Hezbollah and sustained major damage, especially in the southern neighborhoods.

Public transport is poor and private motoring is widespread. The rail link with the rest of Lebanon and with Syria was destroyed during the civil war and has not been rebuilt; The tram line was put out of service before the outbreak of the civil war in 1975. In 2005, the international airport was named Rafiq Hariri International Airport in honor of the country’s prime minister Rafiq al-Hariri, who was killed by a car bomb earlier that year.

Until the Civil War, Beirut was the leading banking and financial center in the Middle East, and an important center for cultural life, commerce, transport and tourism. The political turmoil with extensive fighting action has seriously damaged the economy. The stock exchange was closed between 1983 and 1995.

The city has several universities, the oldest founded in 1866. Beirut is the seat of the Maronite Archbishop and of several other religious bishops.

Beirut has grown to about two heights: al-Ashrafiyeh in eastern Beirut, and al-Musaytibah in western Beirut, which extends into the Mediterranean as a peninsula. As a result of rapid and unscheduled development, few remains of old buildings exist, much destroyed during the civil war in the mid-1970s and in the ensuing fighting.

The so-called “green line” divided Beirut into two: East Beirut with an almost pure Christian population, controlled by the Christian militia and West Beirut with a predominantly Muslim population. The Sunnis have traditionally been the dominant Muslim group, but after 1970 an increasing number of Shi’ites moved to the city from the southern parts of Lebanon. The many Palestinian refugees, who after 1948 settled in refugee camps on the southern outskirts of the city, helped to reinforce the ethnic and religious contradictions.

During the Civil War, the central part of the city largely fell into ruins, forming a no-man’s land between the various warring parties. Most of the business community moved out of this district to other areas. Only after all the militia and military groups were out of Beirut in 1991 did the cleanup of the inner city begin. Substantial development work then took place throughout the 1990s.

Beirut is now known for its bustling nightlife, and despite political instability, the city has repeatedly been voted the world’s best place for visitors, including the New York Times in 2009. Tourism is a key part of the country’s economy; Every year, visitors leave $ 6.5 billion in Beirut (2011).

With the ongoing uprising in Syria, the security situation in Beirut has come into focus, and the tourist influx is expected to be affected by this.