Algers, capital of Algeria, on the Gulf of Algeria; 1.8 million residents (2003), with suburbs approx. 3 million residents, the country’s cultural and economic center. The port is the largest in Algeria, and an important bunkering port and place of export for wine, fruits and vegetables. Fishing and tourism are important trade routes alongside the cement production, mechanical, metal and chemical industries. Dar al-Beïda International Airport.

In the Arab district is the cash register listed on UNESCO’s List of World Cultural and Natural Heritage. There are also several mosques, the oldest, Djama el Kebir, probably dating from the 11th century. In the former European district are the university, the archaeological museum and the botanical garden. Several museums, including historical and natural history museum, jihad museum (from the liberation period) and folk museum.

Algiers was built by the Arabs 935 at the site of the Roman Icosium, and was an important pirate base from the 16th century to the French in 1830 with the conquest of the city initiating the subjugation of Algeria. After the Allies on Nov. 8, By 1942 had taken Alger, the city was the abode of the Gaulle Provisional Government. 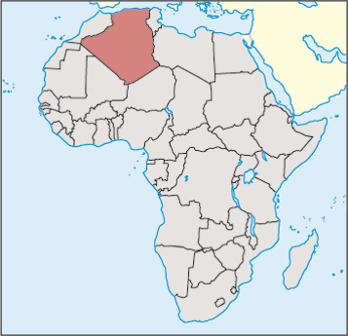