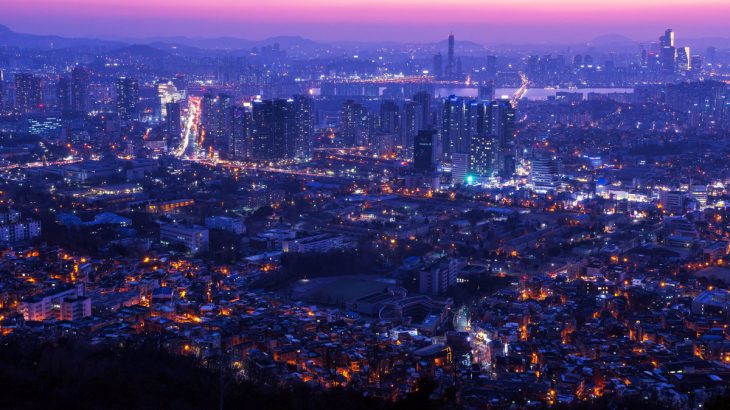 Seoul is the capital of South Korea (Republic of Korea) and heart of the capital region of Sudogwon. With 25.6 million residents, Sudogwon is one of the world’s largest urban regions. The city of Seoul has 9,774,000 residents (estimate for 2015, United Nations Population Division). The city is located in the northwest corner of the country by the Han River. The port city is Inchon, 30 kilometers southwest of Seoul.

Previously, Seoul was an important river port, but today the river connection to the sea is severely hindered as the estuary is partially crossed by the demarcation line between North and South Korea. Seoul is the country’s industrial, economic and cultural center. The most important industrial sectors are the textile, metal, chemical, transport, electrotechnical, electronic and food industries as well as extensive graphic industry. The city is also an important road and rail junction, and also has the subway and international airport.

Older forms of music are cultivated at the National Institute of Classical Music, which teaches and preserves traditional Korean music. Otherwise, the city has National Museum, National Library, National Theater, Art Galleries, National Academy of Arts and Sciences and Korean Institute of Science and Technology. There are over 20 universities in the city.

The city center lies on the north side of the Han River, in a recess surrounded by tall granite canals, 300-400 meters above sea level, in the north up to 800 meters above sea level. Here are business areas and buildings that largely consist of modern high-rise buildings. The main streets are wide and laid out in an almost rectangular pattern. From the center, buildings and communications networks go in all directions, including through four old city gates. To the south, on both sides of the river, are the industrial districts (Yongdungp’o). A number of suburbs with modern buildings have been constructed, which are in sharp contrast to the traditional brick-covered wooden houses. The city has many small and large parks, including Namsam and Changgyong with a zoological and botanical garden as well as an old palace. In recent years there has been a significant expansion of residential areas, the transport network and park facilities.

The Seoul area is first mentioned in the 100th century BCE. During the three kingdoms period (Samguk) this area formed a border land between the kingdoms of Paekche, Silla and Koguryo. The city itself was founded in 1096 (during the Koryo dynasty), and in 1393 it became the capital of the whole of Korea (under the Yi dynasty) under the name Hanyang. Between 1910 and 1945, the city was the seat of the Japanese Governor General. After the liberation, the city was officially named Seoul and in 1948 became the capital of South Korea.

During the Korean War of 1950–1953, Seoul was severely destroyed. The city was later rebuilt and modernized, and was long among the cities in the world that had the fastest growing population. After the population rose from 1.6 million in 1950 (before the Korean War) to 7.5 million in 1977, restrictions were placed on immigration to keep the population down to the target number of 7.1 million, while expanding urban villages to 4.4 million.

Summer Olympic Games in 1988 were held in Seoul. 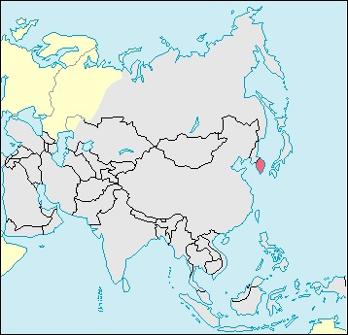