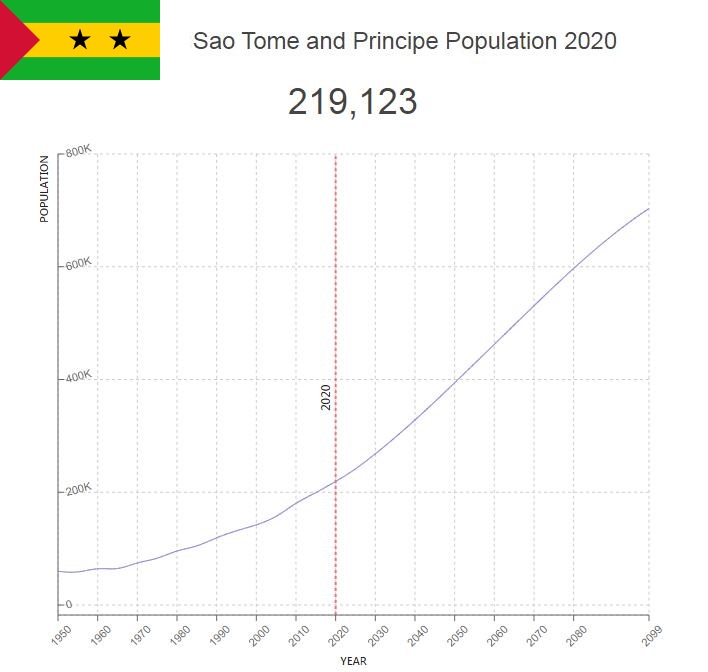 São Tomé and Príncipe were first inhabited in the 15th century and are today one of Africa’s smallest countries. The islands have struggled with widespread poverty, but have recently discovered oil in the surrounding waters and hope this can lead to more prosperity.

The population consists mainly of Africans, many descendants of slaves. Before the liberation in 1975, there were about 4,000 white, substantial Portuguese. A large majority of these left the country by independence. In addition, there are some contract workers from Angola.

The bulk of the population lives in the coastal area of ​​the island of São Tomé.

Population of Sao Tome and Principe by Year (Historical)

Major Cities in Sao Tome and Principe by Population

The Catholic Church has support from approximately 79% of the population; About 21% are Protestants.