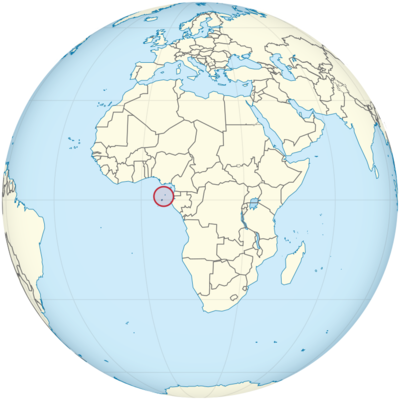 São Tomé and Príncipe is the second smallest state in Africa. Only the Seychelles are smaller. São Tomé, the more southerly of the two islands, is significantly larger than Príncipe. The capital of the same name is also located on it and 90 percent of the residents live here.

São Tomé and Príncipe are located in the Gulf of Guinea, which is part of the Atlantic.

São Tomé is just two kilometers north of the equator . The small island of Rólas offshore to the south is even located directly on the equator. São Tomé is flatter in the north, while the mountains rise inland. The highest peak, Pico de São Tomé, measures 2024 meters and is located in the west of the island. São Tomé is 48 kilometers long and 32 kilometers wide. The island is named after Saint Thomas, who is called São Tomé in Portuguese.

Príncipe is the more northerly of the two islands. It is 19 kilometers long and 10 kilometers wide. The name means “prince”. So Príncipe is the “Prince Island”. The highest point on it is the Pico de Príncipe at 948 meters. There are also several islets belonging to Príncipe such as Ilheu Bom Bom and Tinhosa Grande.

On the map of São Tomé and Príncipe you can see the course of the equator. However, Rólas is actually on the equator, not south of it.

São Tomé and Príncipe is in the tropics, close to the equator. So it’s hot and humid here. Temperatures are almost the same all year round. So there are no seasons. The average annual temperature is 28 degrees on the coasts. In the mountains inland it is significantly cooler at around 20 degrees. The rainy season is from October to May.