San Salvador is the largest city and capital of El Salvador. The city is the country’s political and economic center and was founded in 1525 by the Spanish conqueror Gonzalo de Alvarado. The municipality of San Salvador has 316,000 residents, while the metropolitan area, which includes 13 surrounding municipalities, has a population of 1,767 million (2017).

The city is located in very hilly terrain on the slopes below the volcano San Salvador (1960 m). The altitude varies from 600 to 1000 meters above sea level, the historical center around Morazán Square is 650 meters. The climate is tropical, the average annual temperature is around 25 degrees and the average annual rainfall is 1700 mm.

The area in which the city is located is very exposed to earthquakes and large parts of it have been graveled more than 20 times since its founding, most recently in 1986 and 2001. The volcano San Salvador, which gives the city its characteristic horizon line, had its last eruption in 1917.

With its fragmented topography, its history of frequent earthquakes as well as rapid and planless modernization since about 1950, interrupted by the civil war of the 1980s, San Salvador is a city with no clearly defined uses. Roughly, however, the boroughs are rising up towards the volcano and in the west (towards Santa Tecla) living areas for the better-off and the center of service industry, while the industry is located in the east (towards Mejicanos and Soyapango) where the population is also generally poorer.

Before founding in 1525 lay Pipila -People capital Cuzcatlán in the same place, but the pre-Columbian city was destroyed by Pipila itself as part of the defense against the Spaniards. The Spanish settlement was moved a number of times due to earthquakes, before finding its current location in the Hammock Valley (Valle de las Hamacas), which has just been named due to the frequent earthquakes.

During the colonial period, the city’s economic basis was the export of the dye indigo (extracted from the bark of the balm tree), besides serving as the administrative and ecclesiastical center of the province of the same name. After independence in 1821, San Salvador and Guatemala alternated between being the capital of the Central American Federation until the Union collapsed; since 1839, the city has been the capital of the provinces that became El Salvador. From the mid-1800s, the city grew rapidly as coffee and coffee exports became the country’s main industry.

As a result of the earthquakes, San Salvador has very little ancient architecture. The so-called historical center, including the National Theater and the President’s Palace, dates from the period 1880-1920. The present cathedral was begun in 1954 and completed in 1999. The civil war from 1979 to 1991 brought few direct destruction, but a number of modernization efforts stopped. After the war, the city has again grown rapidly, but without overall plans. In the 1990s, projects were started to renovate the historic center and during the 2000s, investments have been made in highways. In 2013, the metropolitan area got the first in a series of planned metro lines with through-roads reserved for buses.

With about 27 percent of the country’s population, San Salvador is El Salvador’s demographic center of gravity and the center of politics, business and culture. San Salvador and its neighboring cities, with a total population of 2.2 million, are also Central America’s largest urban area after Guatemala City, serving as seat for several regional political organizations as well as for a number of Central America’s largest banks and businesses. The city’s international airport (50 km south of the city, on the coastal plain) is the region’s largest.

70 percent of all the country’s public and private investment takes place in San Salvador. Especially since the 1950s, significant industries grew (textiles, consumer goods, chemical and pharmaceutical products). Together with the service sector, the industry now forms the financial basis of the city.

San Salvador also houses the country’s most important educational institutions; The National University (UES), founded in 1841 and the Central American University (UCA), founded in 1967, besides several technical and economic colleges. The city has a number of museums, including the National Museum, Anthropological Museum, Natural History Museum, Art Museums, a Railway Museum and a Children’s Museum (Tin Marín), as well as the National Library. Among several parks and sights, the 20-meter-high Monument to the Savior of the World (Divino Salvador del Mundo) is by far the most famous. It shows the Christian Savior at the top of the globe, was originally built in 1942 and rebuilt after the earthquake in 1986. In 2011, San Salvador was the Ibero-American cultural capital. 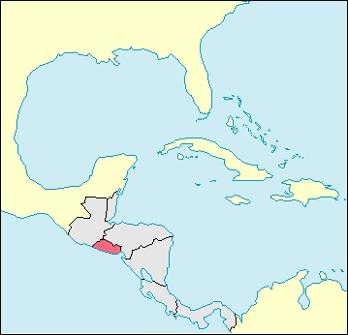