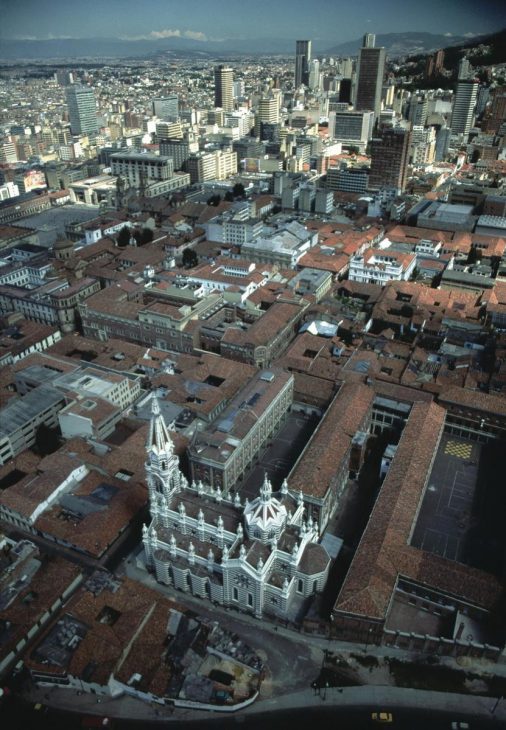 Bogotá is the capital and largest city in Colombia, with 7,412,566 residents (DANE, 2018). The town lies on a plateau 2,640 meters above sea level in the northern Andes (Cordillera Oriental), 4 1/2 ° north of the equator, surrounded by a fertile district with a temperate climate. Previously, the city was known as Santa Fe de Bogotá.

Bogotá is the administrative, financial and commercial center in Colombia. The city is not a distinct industrial city, but chemicals, rubber, pharmaceuticals and textile products are produced to a considerable extent.

The city is old-fashioned of a cultural center and has several universities, academies, colleges and museums. The largest university is the Universidad Nacional de Colombia, founded in 1867. The oldest university is from 1580.

Bogotá has a regular city plan. Long, wide avenues go in a north-south direction and are crossed by smaller cross streets. For the sake of the danger of earthquakes, only one-storey houses were previously built. The architecture is a mixture of Spanish colonial style and more modern style directions. The city center is Plaza Bolívar (after the release hero Simón Bolívar), and a number of parks are found throughout the city.

To limit traffic congestion, restrictions on car traffic were introduced in 1998. Today, Bogotá has one of the world’s largest bicycle networks, still under development. The TransMilenio bus metro system operates in the metropolitan area with eight lines. From the city center there is a cable car to Mount Monserrate, a popular tourist destination.

The city was built in 1538 by the Spanish conqueror Gonzalo Jiménez de Quesada, and from 1598 was the residence of the Spanish viceroy of New Granada. Before the Spaniards arrived, the area was the center of the chibcha culture. The city was originally called Bacata, and was nicknamed Santa Fe (Holy Faith) after Quesada’s birthplace in Spain. From 1819 to 1830, the city was the capital of Greater Colombia, later in the Republic of Colombia. 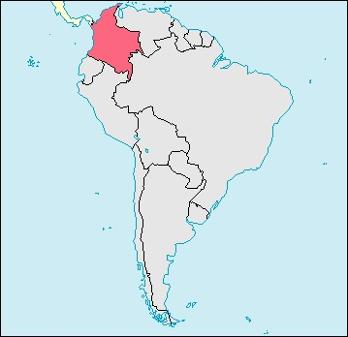