Sucre is the official capital of Bolivia. The city is 2790 meters above sea level and 400 kilometers southeast of the country’s de facto capital La Paz. Sucre has 291,819 residents (INE, estimate for 2019), and constitutes the administrative seat in the province of Chuquisaca. While the Bolivian government resides in La Paz, Sucre is the seat of the country’s supreme court.

Sucre is a commercial and student city with a maritime climate. Tourism is important, and the city has many beautiful buildings from the 16th and 16th centuries. Sucre’s historic center, with its distinctive whitewashed red-roofed houses, was listed on UNESCO’s World Heritage List in 1991. San Francisco Xavier University, founded in 1624, is one of the oldest universities in South America.

In pre-Columbian times the city was called Chuquisaca and was inhabited by aymara- speaking charca people. In 1538, it was founded as Ciudad de la Plata (the “Silver City”) – popularly called La Plata – by Spanish conquistadors. Spanish King Philip 2 designated the city as capital in 1559, establishing the Royal Court of Charcas (Audiencia de Charcas), a territory of the Viceroy of Peru with jurisdiction over large parts of Bolivia, Paraguay, present-day Uruguay, southeastern Peru and northern Chile and Argentina . In 1609, the city also became archbishopric. An early revolutionary movement in 1809 was defeated by Spanish forces.

In 1839, La Plata became Bolivia’s constitutional capital. The following year, the city was renamed Sucre, in honor of the liberation hero Antonio José de Sucre, who had liberated the city in 1825. The last four decades of the 19th century were characterized by prosperity and a well-mined mining industry. Many indigenous people lost land to miners who built large hacienda and flashy Parisian-style buildings.

Falling silver prices towards the end of the century led to the loss of political power, and in 1898 La Paz was designated a new capital. Attempts to move the capital to La Paz led to civil war, and the outcome was a compromise: Sucre remained Bolivia’s de jure capital and seat of the country’s supreme court, but executive and legislative power was moved to La Paz. 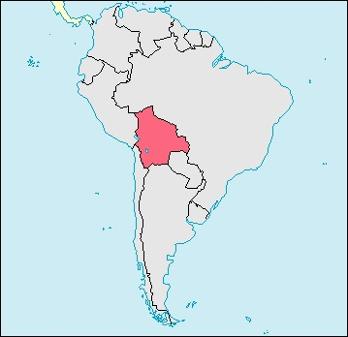