Australia, State of Oceania; 7.7 million km2, 25 million residents (2019).Australia includes the Australian continent, Tasmania and the Heard and McDonald Islands, Cocos Islands and Christmas Island in the Indian Ocean as well as part of the Antarctic Territory. The capital is Canberra (424 700 residents, 2015).

Australia consists mainly of lowlands and plateaus, over which only single mountains and mountain ranges rise. The only major mountain range, the Great Dividing Range, follows the east coast. The mountain ranges in the far south-east are often referred to as the Australian Alps, and this is where the highest peaks are found. To the west, the land surface slopes down to a broad lowland with several deep depressions. Western Australia is occupied by a plateau country. The country also includes Tasmania, which forms the continuation of the Australian Alps.

The rainfall varies considerably between different regions. In tropical northern Australia, there are heavy rains and hurricanes. In the interior of the continent, there is a dry mainland climate with high temperatures. In the southern and western coastal regions, the climate is similar to that of the Mediterranean.

The Australian State Confederation was proclaimed self-governing domination in the British Empire in 1901. The head of state is Elizabeth II, represented by a Governor General. The legislative power lies with the federal parliament with two chambers, where the House of Representatives is elected for three and the Senate for six years. The states have far-reaching self-government.

Australia’s agriculture is heavily rationalized and employs only a very small part of the workforce. The country is rich in minerals and metals and has a high-tech mining industry; at the beginning of the 2010s, the country’s mining industry was the world’s most expansive and Australia was the world leader in the production of several minerals. Australia also has a significant industry, but during the 2000s the service sector has emerged as the dominant industry and now contributes around 70% to GDP. 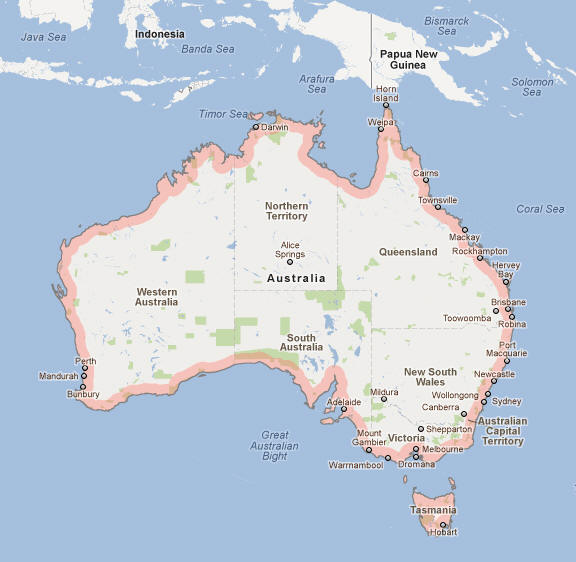