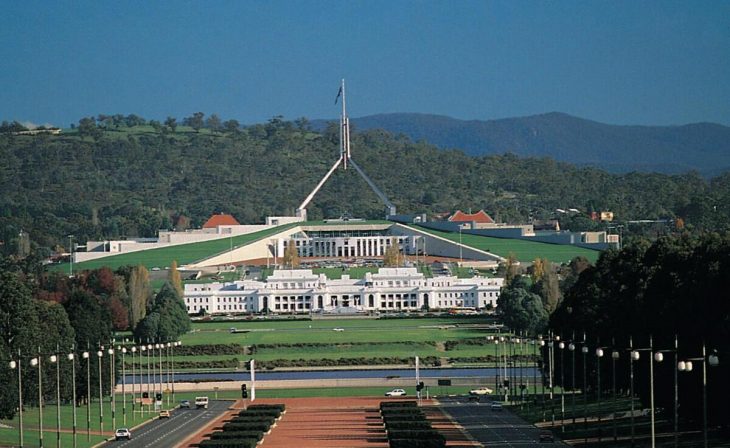 Canberra, Australia’s capital, located in its own federal territory, Australian Capital Territory, in southeastern New South Wales, 240 kilometers southwest of Sydney. With suburbs (including Queanbeyan in New South Wales), the city has 311,500 residents (2001).

Canberra is the seat of the Federal Administration. The city has a number of educational and cultural institutions, including the National University (1946), the Technical College (1966), the National Library (1968), the National Gallery (1982), the Observatory and the Zoo. Catholic Archdiocese.

The name should mean ‘meeting place’ in an Aboriginal language.

The Canberra plant was decided in 1909 and started in 1913, following a plan by American architect Walter Burley Griffin. The parliament building was completed in 1927, when Canberra took over the role of capital. The population was only 14,000 in 1945.

Canberra is a beautiful park town, landscaped amphitheatrically on both sides of the pent-up Lake Burley Griffin. Commonwealth Avenue crosses the lake with a bridge and ends in major roundabouts both on the north and south sides. The roundabout in the south is extra large. In it is the new parliament building, which was opened in 1988. On the south side is also the National Library, the Supreme Court, the National Gallery and a number of embassies. Many of the embassies reflect the home country’s architecture. Around the roundabout on the north side of the lake is the city’s business center. 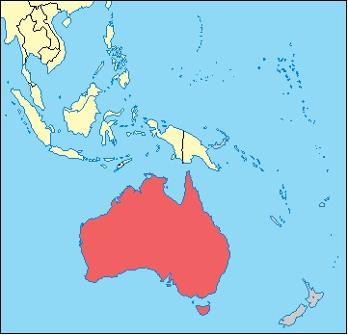