As of 2019, there are 66 airports throughout the state of Florida according to IATA and ICAO. Through the table below, you can find name of each airport, its abbreviation, city location, and size. Airports in Florida are listed in alphabetical order. Please note that some airports serve internationally, while the other only serve domestically. 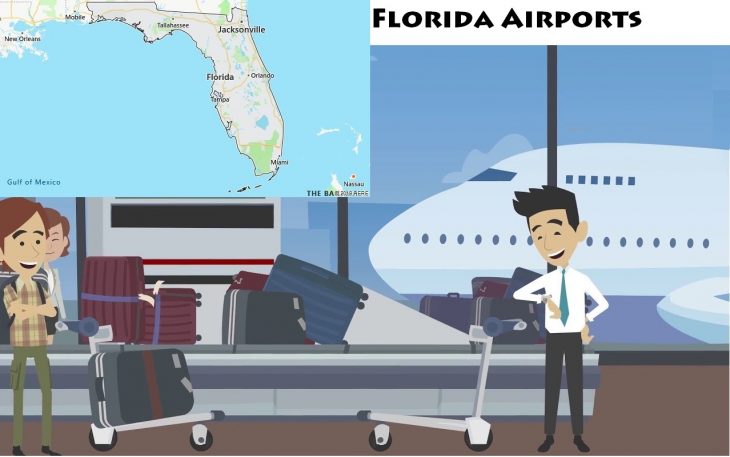 The State of Florida is one of the main tourist destinations in the United States, with many Brazilian tourists. Being a peninsula, its coast is surrounded by beaches and resorts. It also has many theme parks, mainly in Orlando. Florida was organized as a territory of the United States in 1822, becoming a state in 1845. The capital is Tallahassee and the largest metropolitan area is Miami.

The average temperature in the State varies, on average, between 12 ° C and 30 ° C. Despite being known as the sunny state, Florida has a rainy season that runs from May to October.

Located in the south of the state of Florida, Miami is the largest southernmost city in the United States and is the seat of Miami-Dade County. It is also the main port of entry for South Americans and one of the most frequented resorts in the USA. The Miami metropolitan area has grown a lot over the 20th century and continues to grow.

Orlando is the host city of Orange County, in the central part of the State of Florida, famous for its theme parks. Orlando is also a technological hub.

The Orlando area began to be colonized in the 1840s, around Fort Gatlin. In 1857, the City received its current name, in honor of soldier Orlando Reeves, a character in a short story about the seminole wars against indigenous people in the region. In 1971, the Walt Disney World Resort was opened 30 km from the City. In the following decades, other theme parks were built in the region.