Where is Slovakia located on the map? Slovakia is an independent nation located in Eastern Europe. Check out the following images to see location of Slovakia on maps. 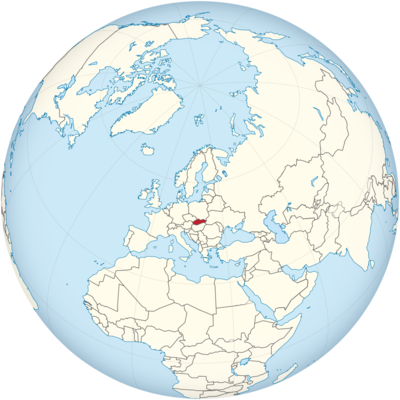 Warning – do not confuse Slovakia with Slovenia ! Slovenia is a country more southwest than Slovakia. The Slovaks belong to the Western Slavs, the Slovenes to the Southern Slavs. Hui, don’t get confused!

Slovakia is located in Central Europe.

Slovakia is a very mountainous country. You can see this on the map: Everything that is brown is mountains. However, the green areas in the southwest and southeast are flat. They belong to the Little and Great Hungarian Plains.

The Danube flows through the country for 172 kilometers through southwest Slovakia. She also comes through the capital Bratislava. In the northern center of the country, on the other hand, the Waag rises, with 403 kilometers the longest river in Slovakia. The Waag flows in an arc to the west and then to the south until it flows into the Danube.

A fascinating world of caves is hidden under the Slovak earth. Most of the caves are on the border with Hungary. Stalactites have grown there into the most bizarre shapes. Several of the caves can be visited. Some also belong to the world heritage of mankind. The area has been designated the Slovak Karst National Park.

Slovakia has temperate and continental climate. The summers are rather warm, the winters cool and there is a lot of snow. In the mountains the temperature naturally decreases with altitude. In general, it is warmer and drier in the lowlands of the south. Overall, most of the rain falls in the summer months, i.e. between June and August. The average annual temperature in Bratislava is 10.5 degrees, in the east of the country it decreases slightly.