As of 2019, there are 16 airports throughout the state of Maryland according to IATA and ICAO. Through the table below, you can find name of each airport, its abbreviation, city location, and size. Airports in Maryland are listed in alphabetical order. Please note that some airports serve internationally, while the other only serve domestically. 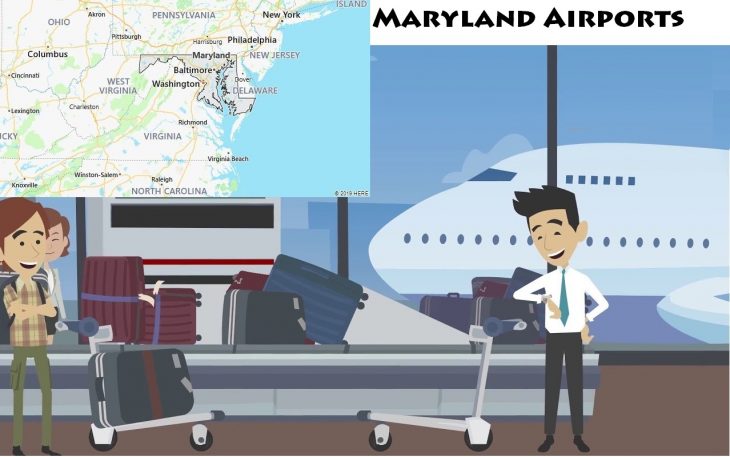 The state of Maryland has 6 million residents (2016). The capital is Annapolis and the largest city is Baltimore.

In the 17th century, the British arrived in the current territory of Maryland. In 1776, it became one of the 13 original states that declared independence from Britain.

Baltimore is the largest city in Maryland. It is home to renowned museums, has several historic neighborhoods, including Fell’s Point, Federal Hill and Mount Vernon.