As of 2019, there are 21 airports throughout the state of Louisiana according to IATA and ICAO. Through the table below, you can find name of each airport, its abbreviation, city location, and size. Airports in Louisiana are listed in alphabetical order. Please note that some airports serve internationally, while the other only serve domestically. 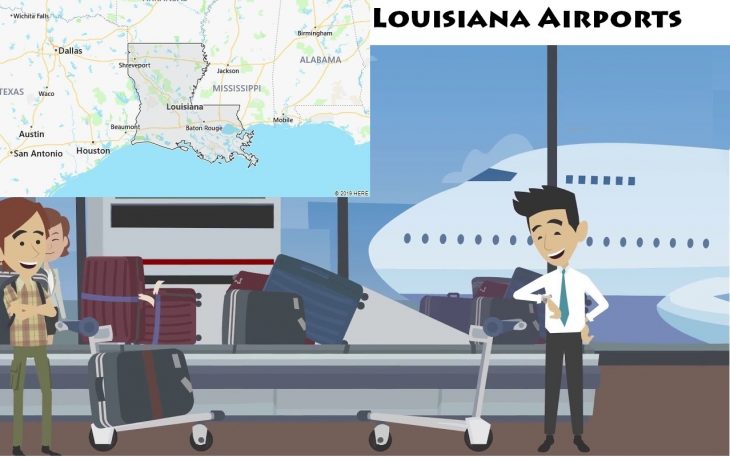 The state of Louisiana has 4.7 million residents (2016). The capital is Baton Rouge and the largest city is New Orleans.

The Mississippi River was explored by Spaniard Hernando de Soto in 1541. In 1682, Robert Cavalier claimed the region for King Louis XIV of France. In 1715, the French established the first European settlement in Louisiana, Fort St. Jean Baptiste (Natchitoches). In 1718, New Orleans was founded, whose name is a tribute to the Duke of Orleans. In 1723, New Orleans became the capital of Louisiana. In 1763, Louisiana was ceded to Spain, but returned to France in 1800.

In 1803, the United States bought Louisiana from France, the territory then included part of present-day Louisiana and much of the central US area. In 1812, Louisiana became a state of the Union. In the Civil War, Louisiana joined the Confederates.