As of 2019, there are 33 airports throughout the state of Oregon according to IATA and ICAO. Through the table below, you can find name of each airport, its abbreviation, city location, and size. Airports in Oregon are listed in alphabetical order. Please note that some airports serve internationally, while the other only serve domestically. 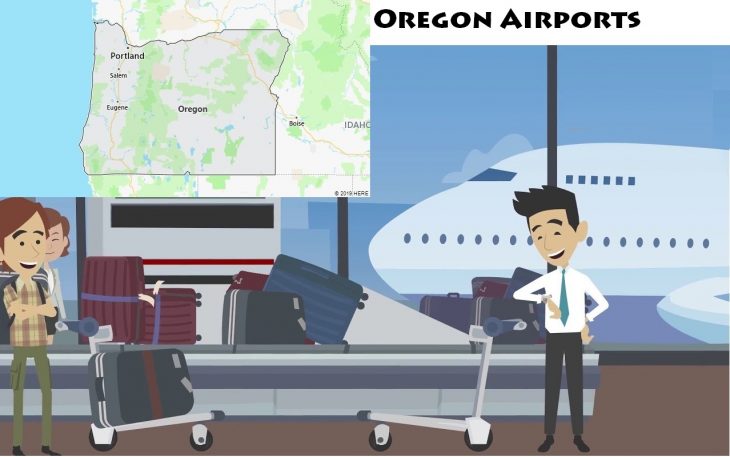 The state of Oregon has 4.1 million residents (2016). The capital is Salem and the largest city is Portland.

In the 16th century, Spaniards were the first Europeans to explore Oregon’s current territory. The English came later. In 1830, American immigrants settled in the region. In 1846, the Oregon Territory was created, which included part of other current states. In 1859, the State of Oregon was established.