As of 2019, there are 32 airports throughout the state of Missouri according to IATA and ICAO. Through the table below, you can find name of each airport, its abbreviation, city location, and size. Airports in Missouri are listed in alphabetical order. Please note that some airports serve internationally, while the other only serve domestically. 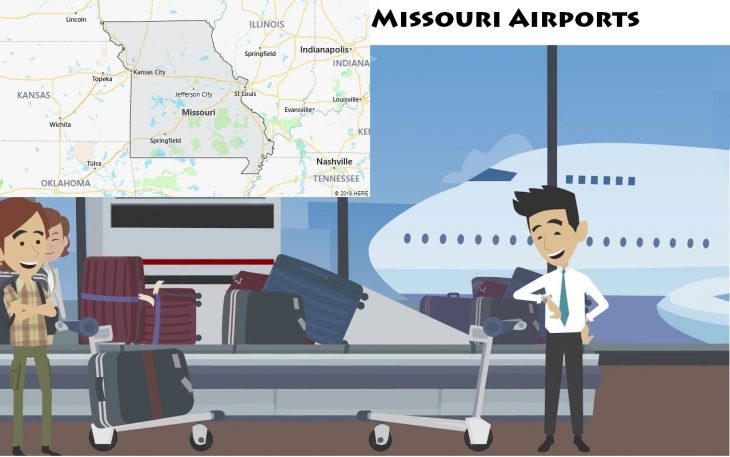 Missouri has 6.1 million residents (2016). The capital is Jefferson City and the largest city is Kansas City.

It is believed that the French arrived in the current territory of the State of Missouri, in the 18th century. In 1803, the territory was acquired by the USA, with the purchase of great Louisiana, which also involved the territory of other current states. Missouri was established in 1821.

Kansas City is the largest city in Missouri, it is also a major industrial and commercial center. Kansas City, Missouri, and Kansas City, Kansas, are close and located in a rich farming region. It was the starting point of several colonizing expeditions in the American West, throughout the 19th century.