As of 2019, there are 28 airports throughout the state of Mississippi according to IATA and ICAO. Through the table below, you can find name of each airport, its abbreviation, city location, and size. Airports in Mississippi are listed in alphabetical order. Please note that some airports serve internationally, while the other only serve domestically. 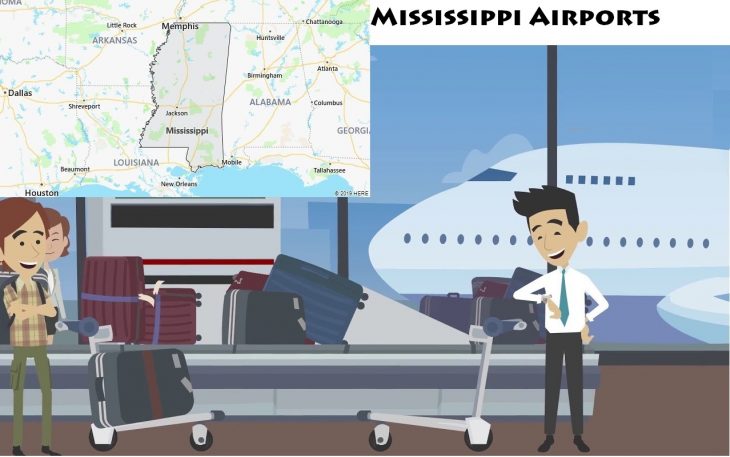 Mississippi State, named after the historic Rio, has 3 million residents (2016). The capital is Jackson.

In the 16th century, Spaniards were the first Europeans to explore the territory of the present state of Mississippi. In the 17th century, the French arrived. In the 18th century, the Spanish and French ceded their possessions in the area to the United Kingdom. In 1798, after the independence of the USA, the Mississippi Territory was created, elevated to the status of state in 1817.