As of 2019, there are 43 airports throughout the state of Minnesota according to IATA and ICAO. Through the table below, you can find name of each airport, its abbreviation, city location, and size. Airports in Minnesota are listed in alphabetical order. Please note that some airports serve internationally, while the other only serve domestically. 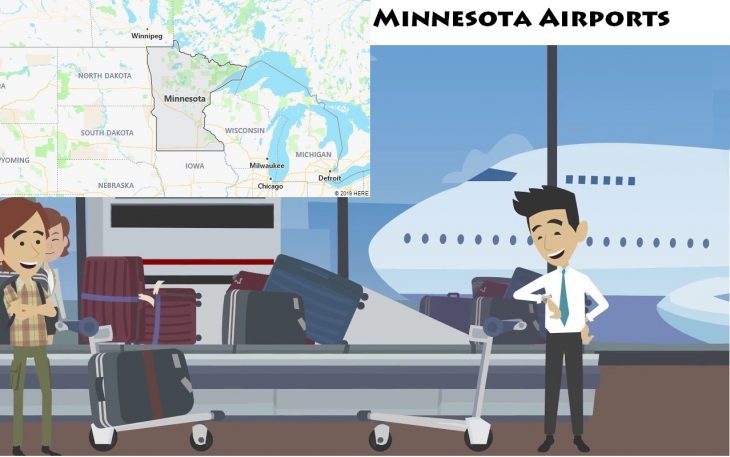 The state of Minnesota has 5.5 million residents (2016). The capital is Saint Paul and the largest city is Minneapolis.

In the 17th century, Frenchmen arrived in the present-day territory of Minnesota. From 1783 to 1818, the region partly became the territory of the United States. In 1849 the Minnesota Territory was established, elevated to state status, in 1858.

Saint Paul became the capital of the Minnesota Territory in 1849. It is the second most populous city in the state of Minnesota, after Minneapolis. Saint Paul and Minneapolis form the Twin Cities Metropolitan Area.