As of 2019, there are 3 airports throughout the state of Delaware according to IATA and ICAO. Through the table below, you can find name of each airport, its abbreviation, city location, and size. Airports in Delaware are listed in alphabetical order. Please note that some airports serve internationally, while the other only serve domestically. 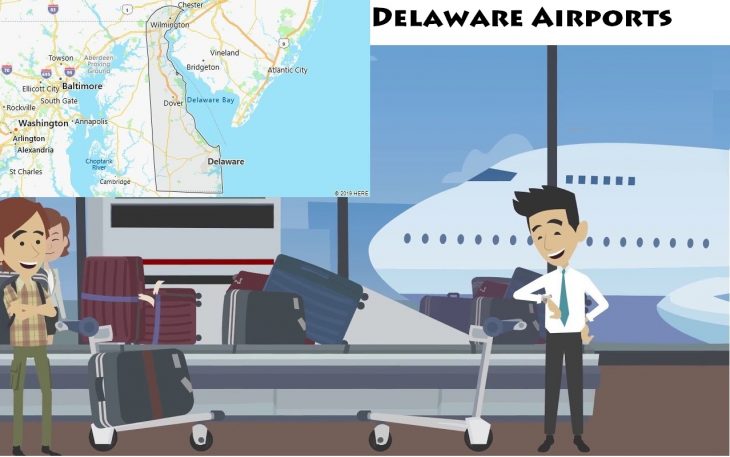 The state of Delaware has 952 thousand residents (2016). It is divided into three counties: New Castle, Kent and Sussex. The capital is Dover.

The first European settlement in Delaware was founded in 1631 by the Dutch in Lewes, but was soon destroyed by the Indians. In 1638, the Swedes founded New Sweden (Nya Sverige), in the north of the state. The English conquered the region in 1664. In the 18th century, it was one of 13 British colonies that fought for independence and formed the United States of America.