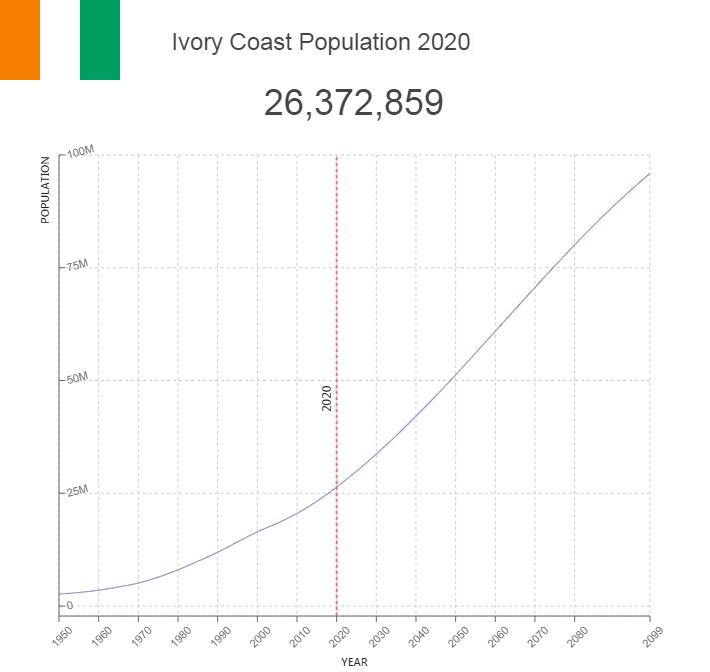 Formerly known as Côte d’Ivoire, Ivory Coast has long been one of the most stable and prosperous countries in Africa with an economy founded on cocoa and coffee. After a coup at the turn of the millennium, the country was ravaged by civil war and political chaos. After the turmoil in 2011, the situation improved, but there are still major political tensions within the country.

The Ivory Coast population is estimated at 24.9 million (2018). High birth rates in combination with declining mortality have long contributed to strong natural growth in the population. This has been reinforced by a comprehensive immigration of job seekers from neighboring Mali and Burkina Faso. 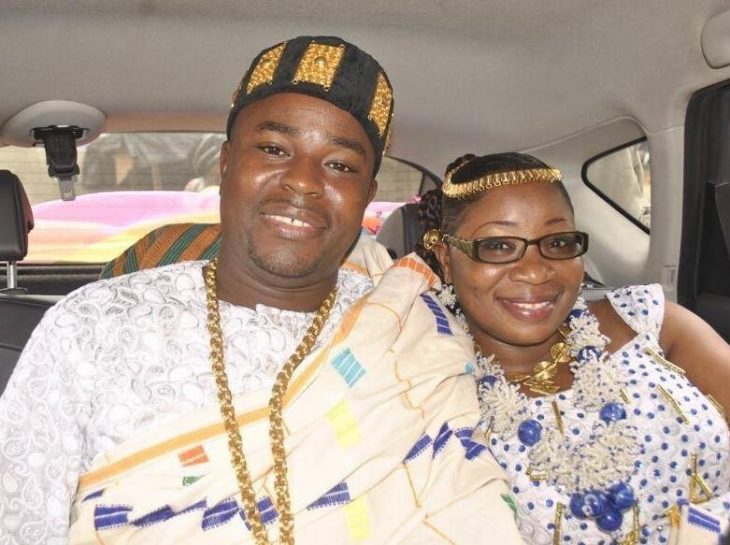 The annual average population growth is estimated at 2 percent. The high birth rates have given the country a very young population where an estimated 41 percent were under the age of 15 in 2013.

The population is made up of more than 60 ethnic groups that have traditionally had their own, restricted areas. Many of these groups are interrelated, and many have cultural and language relationships with groups outside the Ivory Coast.

In the forest area west of the Bandama River, a number of small ethnic groups (including Bété) live culturally among the peoples of Liberia and Sierra Leone.

In the rainforest belt east of Bandama, baule (baoulé) is one of the most important groupings, akin to the Akan people of Ghana.

In the northern savannah area, there are two main groups: the male population, which has its main gravity in Mali, is represented in the Ivory Coast by malinké and dyula (dioula).

To the west of the Bandama River, between Malinké people in the north and Kruger people in the south, there are the two peoples groups Dan and Gouro who were driven south first as a result of the dissolution of the Mali kingdom, and later further south as a result of pressure from the Malin people.

The Volta peoples (Native speaking people) in the northeast include senufo (senoufo) as well as lobi, bobo and koulango.

Foreign workers from neighboring countries as well as Europeans (mainly French) made up 24.2 percent of the Ivory Coast’s total population, according to the census in 2014.

The population density is 56 persons per square kilometer, with a relatively even distribution over the country. In 2013, 53 percent lived in cities and towns (against 13 percent in 1950). The largest cities are Abidjan with 4 707 404 residents, Bouaké with 680 694 residents. In comparison, the official capital of Yamoussoukro has a population of 281,735 residents (Census 2014).

About 39 percent of the population are Muslims and 26 percent are Christians. 13 percent are considered non-religious, while the others are distributed to various local religions. There is also a great deal of overlap in people’s spiritual practices between new religions such as Christianity and Islam on the one hand and traditional religions on the other.

The official language is French and is spoken, with varying degrees of accent, throughout the country. In the international environment in and around Abidjan, whether it concerns international business or politics, as well as in the tourism industry, it is also possible to communicate in English. In addition, in theory, all school students, above a certain age level, learn English as a foreign language.