Kiribati, state of the Pacific, about 4,500 km northeast of Australia; 861 km2, 116 000 residents (2019).Kiribati extends along the equator, 3,780 km in the west-east direction, and consists of the west coral island of Banaba (Ocean Island), the 16 atolls that make up the Gilbert Islands (and which gave the country its former name), the 8 atolls in the Phoenix Islands, and 8 of the 11 atolls in the Line Islands, including Kiritimati (Christmas Island). The capital is Tarawa. 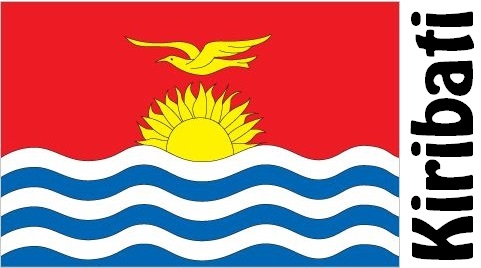 Kiribati consists of low coral islands located on both sides of the equator. The country has a humid tropical climate.

According to the 1979 Constitution, Kiribati is an independent state within the Commonwealth. The head of state and government is the president, who, like 44 of the parliament’s 46 members, is elected in general elections every four years. The country became independent in 1979.

The most important industries are agriculture, mostly as self-catering, as well as fishing on a local scale. The soil is barren, and the most common crops are bananas and fruits from coconut and pandanus palms, papaya and breadfruit trees. Kopra is the country’s most important export commodity. In recent times, the tourism industry has grown in importance. The country also exports aquarium fish. 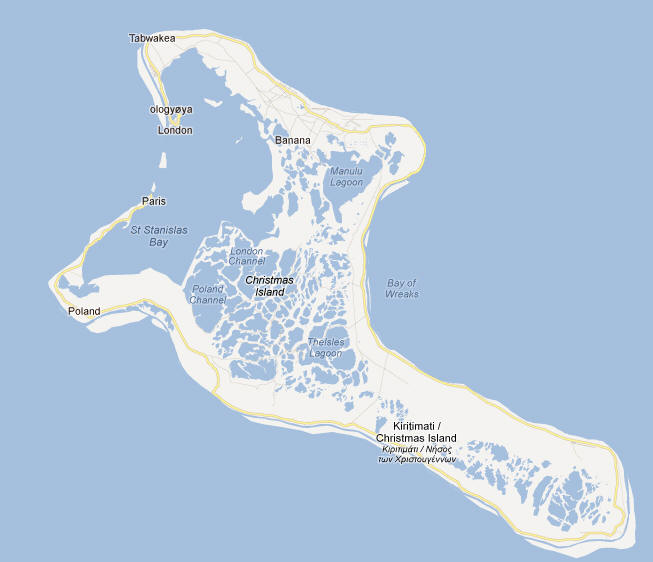