As of 2019, there are 45 airports throughout the state of Illinois according to IATA and ICAO. Through the table below, you can find name of each airport, its abbreviation, city location, and size. Airports in Illinois are listed in alphabetical order. Please note that some airports serve internationally, while the other only serve domestically. 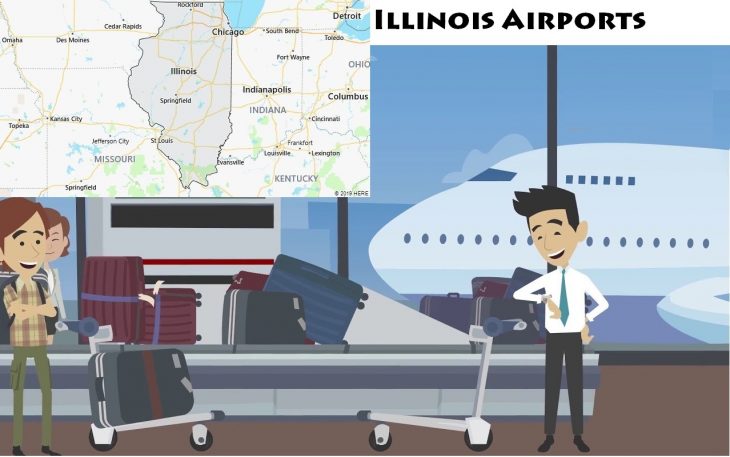 The state of Illinois (pronounced ilino) has 12.8 million residents (2016). The capital is Springfield and the largest city is Chicago.

In 1673, the French were the first European explorers to penetrate the territory of Illinois. The region was dominated by the United States after the country’s independence and was admitted as a state in 1818. In the 1920s, Chicago was dominated by organized crime, led by Al Capone (1899-1947).

Chicago is the great metropolis of the State of Illinois and the third largest city in the United States of America. It has beautiful urban scenery, many parks and cultural attractions. The city dominates the state’s industrial, financial and cultural scene. Chicago is the seat of Cook County, located in northeastern Illinois, on the shore of Lake Michigan and crossed by the Chicago River.