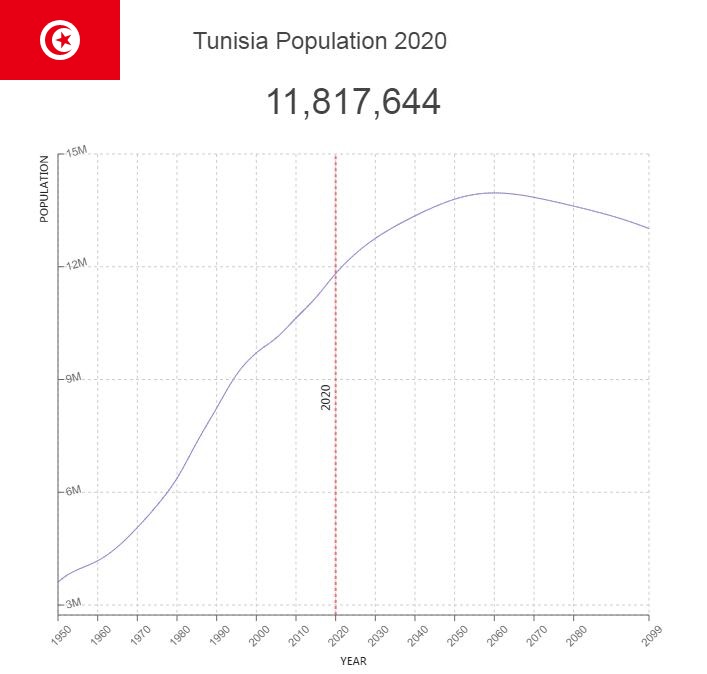 After many years of dictatorship, Tunisia gained a people-elected government in 2011, and a new democratic constitution in 2014. Today, the country is considered to be the most democratic state in the Arab world. 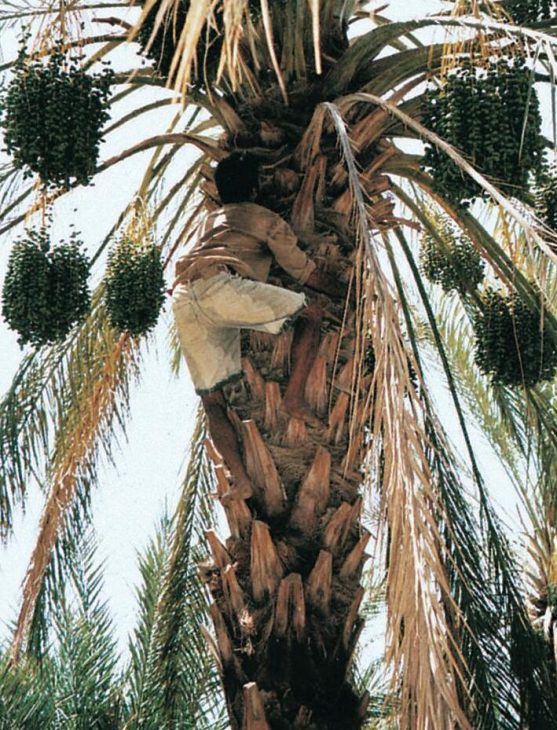 After many years of net emigration, this changed at the beginning of the 1980s; many former emigrants returned from Europe. In the 1990s there has again been net emigration. Just under 2 million Tunisians work abroad, most of them in Europe. Almost the entire population is Arabs; About 1.5% are Berbers, as well as Italian and French minorities.

The average population density is 67 residents per km2, but the settlement is largely concentrated to the northern coastal zone. The areas in the central and southern regions are sparsely populated. The settlements in these areas are especially semi-nomadic farmers and herdsmen. Because of unemployment and rural poverty, many smallholder farmers and rural workers have moved into the cities after 1960. In 2009, 66% of the population lived in cities, compared to 40% in 1976. The rapid urbanization has led to unemployment and social problems. Major cities are the capital of Tunis and Sfax.

Population of Tunisia by Year (Historical)

Major Cities in Tunisia by Population