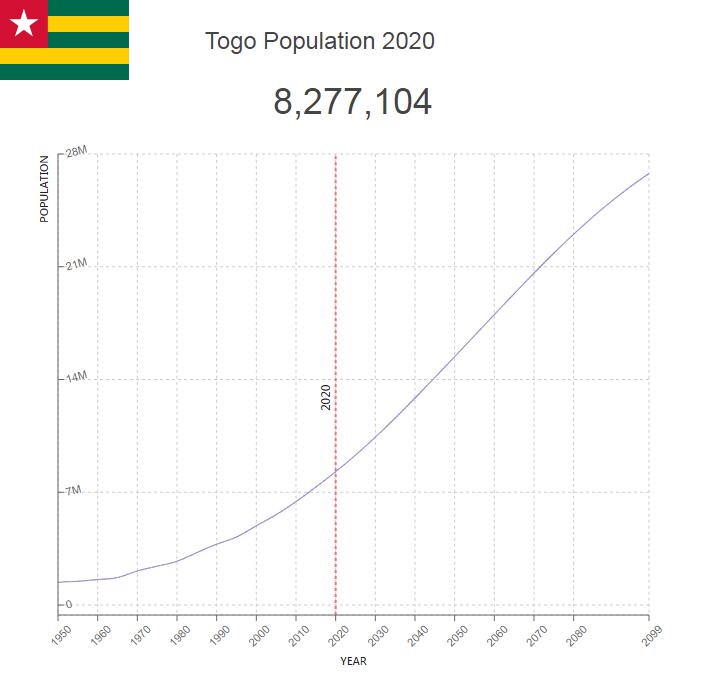 After more than 40 years of dictatorship, Togo can take a step in the democratic direction.

The population is divided into over 30 ethnic groups; the largest groups of people are ewe, mina, kabre and gurma.

Population of Togo by Year (Historical)

Major Cities in Togo by Population

Over half the population belongs to local, traditional religions. The Christians make up approximately 35%, most of them are Catholics. About 15% are Muslims.

The official language is French. The African languages ​​to a large extent belong to the Niger-Congo family, the most important of which are ewe, kabre and gur. Widespread as a trade language are also mines and headlines.