Freetown is the capital of Sierra Leone. The city is located on the West African Atlantic coast, at the extreme end of the Sierra Leone Peninsula, and has 1,202,000 residents (2020).

Freetown has a good natural harbor. Fourah Bay College, founded in 1827, now belongs to the University of Sierra Leone. The city has Anglican Cathedral, mosques and mission stations. The city is in considerable disrepair after many years of civil war (1991–2002) and serious acts of war within the city, but some reconstruction has begun. During the Civil War, the city received many refugees from other parts of the country.

Freetown was founded in 1788 as a refuge for freed slaves from America. In the years 1821-1874, the city was the capital of all British possessions in West Africa, since 1961 it is the capital of Sierra Leone. 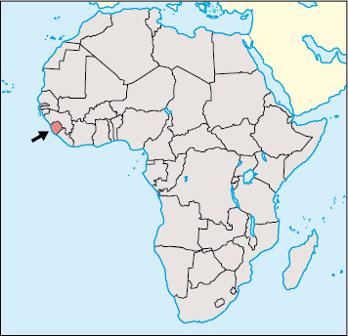