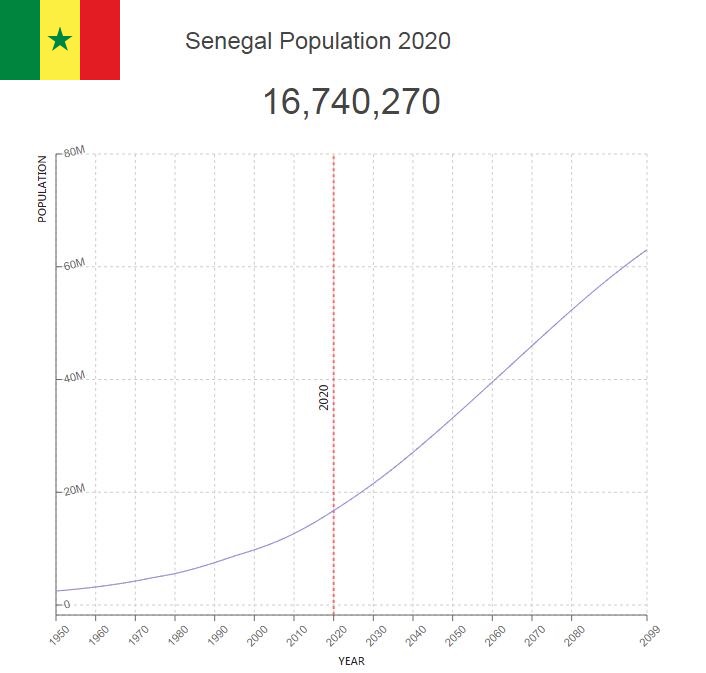 Senegal is a political and economic center in West Africa. In the south, a separatist movement is fighting for independence.

The population of Senegal is estimated at 15 736 000 (2020) and annual population growth to 2.3 percent. Population development is characterized by relatively high (but decreasing) birth and death rates, 31.8 and 7.6 per thousand (2020), respectively, and a very “young” population. Over 40 percent are under 15, and only 3 percent are 65 and over. Life expectancy at birth is 65 years for women and 61 years for men. Each woman gives birth to an average of 4 children (CIA World Fact Book 2020). 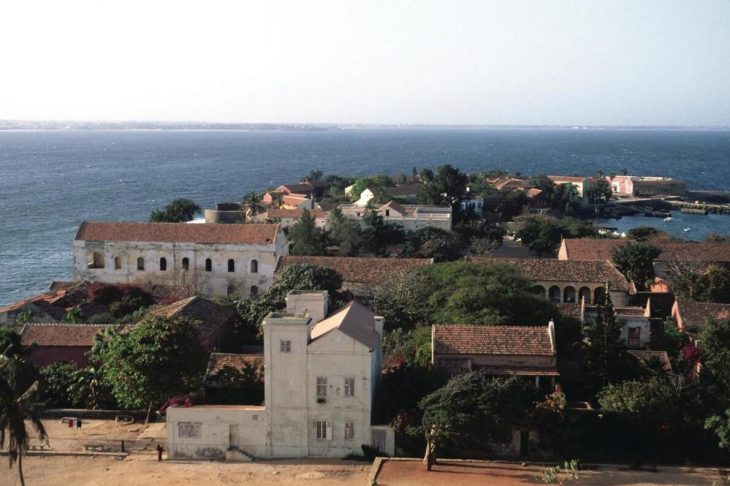 Population of Senegal by Year (Historical)

Major Cities in Senegal by Population

48 percent of the population lives in cities (2020), which are mostly located in the coastal areas. The capital Dakar with 3,500,000 residents (2015) is the largest city. Other major cities are Thiès, Kaolack and Ziguinchor.

Nearly 96 percent of the population is Sunni Muslims. Most of the country’s around 4 percent Christians are members of the Catholic Church. A small number profess to traditional, local religions.

French is the official language. The most important African languages ​​are wolof, serer, fulani (full) jola and mandika. Wolof is also used as a lingua franca.