Paraguay is divided through the Paraguay River into two natural regions, East and West Paraguay. Eastern Paraguay is the smaller part and is a continuation to the south of the Brazilian highlands. To the west of the elevation area, the broad river valley of the Paraguay River is spreading with large swamps. Western Paraguay is part of Gran Chaco which continues both into Argentina in the south and into Bolivia in the north. It is a hot plain and, farthest to the west, a plateau region without any major terrain forms.

The country’s president has executive power and is elected for five years, while the legislative power resides with the National Congress. Paraguay is primarily an agricultural country. Mainly, cotton, oilseeds, wheat and coffee are grown. The country had a high economic growth during the 1970s, mainly due to an aggressive development strategy for agriculture and the construction of the Itaipú hydropower plant. Since the 1980s, the country’s economy has been very unstable due to fluctuating returns in agriculture and price fluctuations in the world market. The manufacturing industry is largely devoted to the processing of raw materials from agriculture. In 2011, agriculture was hit hard when outbreaks of foot-and-mouth disease stopped the export of beef. 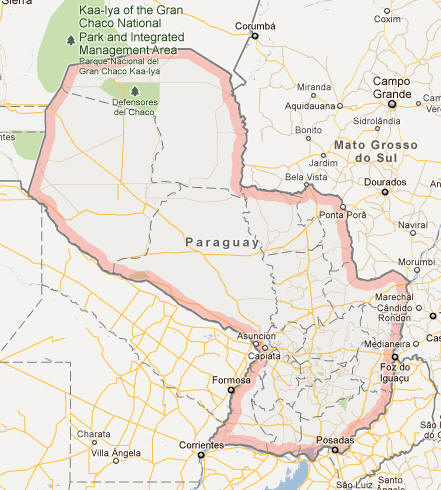