Papua New Guinea, State of the Western Pacific; 462,840 km2, 8.6 million residents (2019).Papua New Guinea encompasses eastern New Guinea, the Bismarck Archipelago, the Trobriand Islands, the Louisiads and D’Entrecasteaux Islands as well as the islands of Bougainville and Buka among the Solomon Islands. The capital is Port Moresby (317,400 residents, 2012). 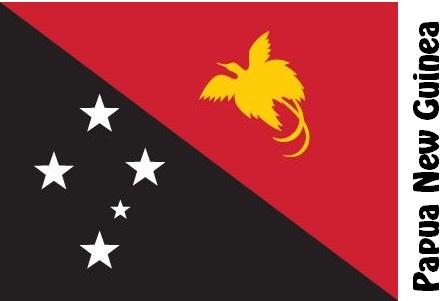 Most of the country, located in eastern New Guinea, is covered by a mountain range with many snow-capped peaks; the southern part is a wavy plain. Along the north coast and on islands in the Bismarck archipelago and Lake Solomon there are active volcanoes. The country has a tropical rainy climate.

The country is an independent member of the Commonwealth, and the British monarch is head of state but is represented by a general governor. Parliament is elected in general elections every five years. Papua New Guinea became independent in 1975.

A large part of the population still lives on self-sustaining agriculture. The country’s economy has traditionally been heavily dependent on raw material exports from the mining and oil industry. Another important source of income is agricultural products, especially copra, coffee, palm oil and cocoa. Exports of forest products, which were previously a major industry, have declined in recent years after the government withdrew tax relief for forest companies. The country receives extensive assistance from mainly Australia and Japan. 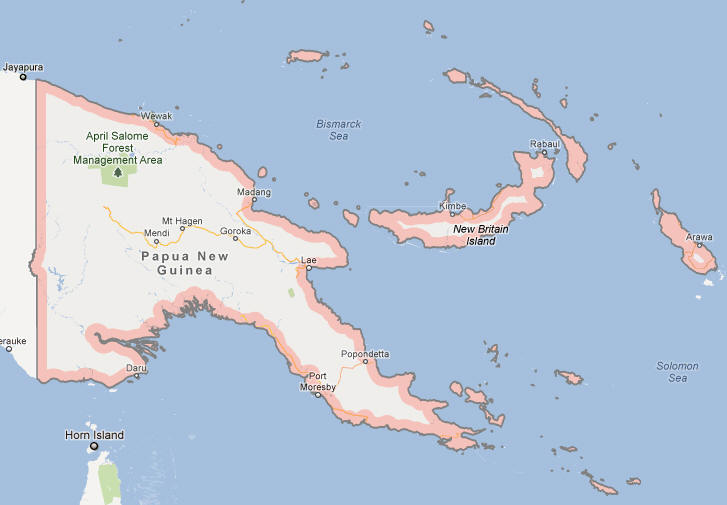