Palau, State of Micronesia, Western Pacific; 488 km2, 18,000 residents (2019).Palau comprises eight larger and just over 250 smaller islands. The main islands are Koror and Babelthuap. The capital is Ngerulmud on the island of Babelthuap. 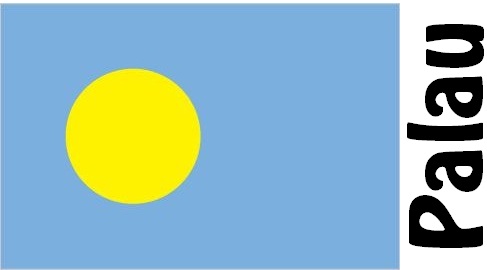 Palau’s island world is largely surrounded by an elongated coral reef; many of the islands are also coral islands. However, the largest island of Babelthuap has bedrock formed by volcanism and reaches up to more than 200 m above sea level. The climate is tropical.

The country, which became independent in 1994, has a democratic regime in which the executive power lies with a president and a vice president; both are elected in general, direct elections for a four-year term. The legislative power lies with Parliament, which consists of a Senate and a delegate, both houses elected in general elections every four years. There are no political parties. The economy is dominated by the tourism and service sectors, but there is also some export of textiles, tuna and tropical crops such as copra. Self-management through fishing and agriculture is very widespread. The country receives extensive financial support from the United States.