New Zealand consists of the North Island and the South Island as well as a number of smaller islands. The east and west sides of the North Island have nice terrain, while the highlands in the middle are dominated by volcanic mountains. The South Island, which is separated from the North Island by the Cook Islands, is a highland until 3/4. The west coast has a Norwegian coast fjord coast, while on the eastern side there is coastal plain, most pronounced in the Canterbury plain. There are also fertile plains and valleys along the coasts to the north. The climate is warm-tempered and maritime.

The country, which is a member of the Commonwealth, has no written constitution but a mixture of customary law, common laws and conventions. The British monarch is the head of state and is represented by a general governor. The legislative power is exercised by a single-chamber parliament, which is elected for three years.

Business has been strongly characterized by the fact that New Zealand is an isolated country with a small domestic market. The economy has become heavily dependent on conditions in the world market. Since the mid-1980s, a number of changes have been made to provide new growth power in the economy. The state’s role has been reduced and business has been liberalized. Agriculture is still of great importance, with an important meat, dairy and wool production. In recent years, the business sector has expanded and the industry has developed – now towards a higher degree of raw material processing and greater specialization. 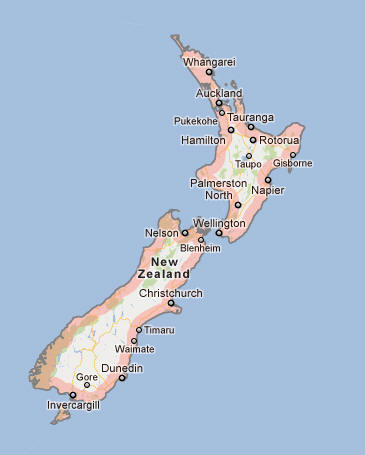