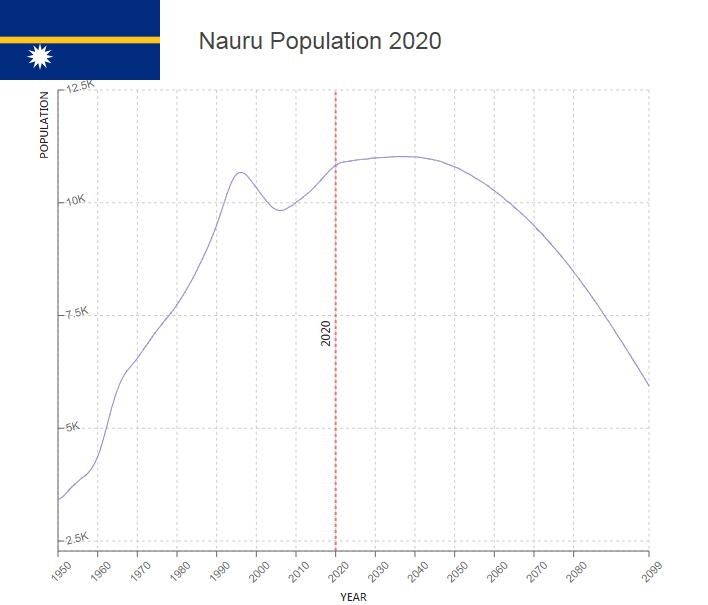 Nauru is one of the world’s smallest nations in terms of area and population. The country’s economy began to strengthen again after being on the verge of bankruptcy in the early 2000s.

The population of Nauru is estimated at 13,000 (2005) and annual population growth to 2.5% (1993–2003). The average life expectancy has been 65 years for women and 58 years for men, but is declining due to overweight and malnutrition. The population consists of Nauru (58%), other Pacific people (26%), Chinese (8%), Europeans and others (8%). There will be around 1,000 people on the island with Norwegian ancestry, following two Norwegian traders who settled and married locally.

Phosphate extraction has made 80% of the land area uninhabitable.

The settlement is concentrated to the lowlands and especially to the settlement Yaren on the south side of the island, which is also the country’s capital. Nauru has no cities.

The population is mainly Protestant. About 30% belongs to the Catholic Church.