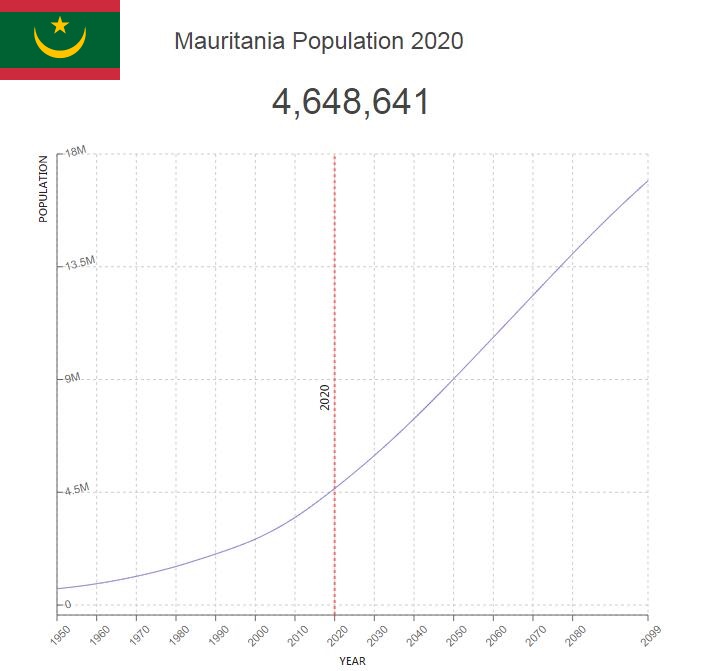 The former French colony of Mauritania is one of the driest countries in the world. Attempts to introduce democracy have so far failed, and the country’s authorities are accused of human rights violations.

The population of Mauritania in 2013 was estimated at close to 3.9 million residents, which corresponds to a population density of 3.8 per km2. The annual growth in the country’s population is estimated at 2.8%. The country’s high birth rates have given a very “young” population, 40% are under 15, and only 3.2% are over 65. Life expectancy for women is 62.9 years, and for men 59.9 years. 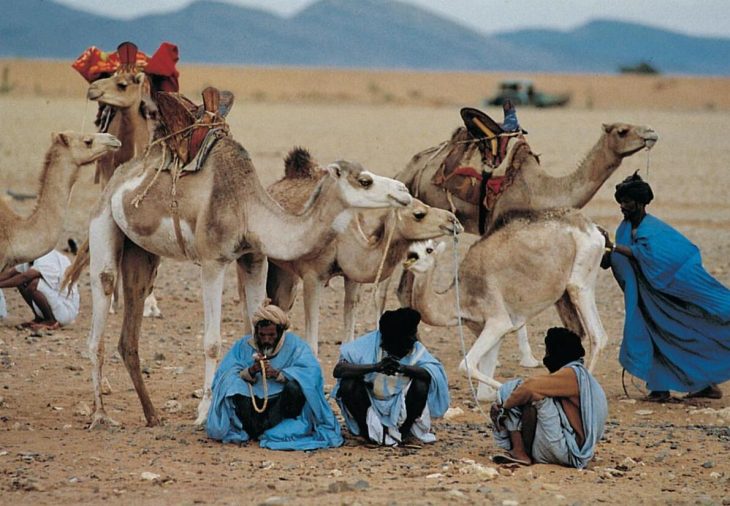 About 80% of the population is of Moorish (Arab-Berber) origin, and is divided into two groups: the upper class Bidan or “white Moors” and the former slaves Harattin or “black Moors”. Slavery was formally banned in 1980, but it still has some places. These, and very many of the former slaves, live in miserable conditions.

People groups such as tukolor (12%), fulani (5%), soninka (3%) and wolof live along the Senegal River in the south, most of whom are permanent farmers. Prior to the drought disaster in the 1970s, most of the Moors lived as peat bog nomads, but because of this. The drought moved many people into the cities, and in 2004 60% of the country’s population lived in the cities. The largest city is the capital Nouakchott.

Population of Mauritania by Year (Historical)

Major Cities in Mauritania by Population

The country was Islamized towards the end of the 600s, but Islam was only widely practiced after the 1000s as a result of Moroccan missionary activities. Chinguetti was founded as a Sufi center in the 13th century, and Sufi fraternity still plays a role in religious life. 99.5% of the population are Sunni Muslims. There is a small Catholic minority (0.2%) and a small group of followers of local tribal religions (0.3%).

Arabic and French are official languages. Widespread throughout the country as a colloquial language is Hassania, an Arabic dialect with a significant element of Berber dialects. In the south, the Berber language is spoken zenaga. The Niger-Congo language family is represented by Fulani and Wolof (West Atlantic language) and Soninke (male language).