Nouakchott, the capital of Mauritania, on the western outskirts of the Sahara, on a plateau approx. 4 km from the Atlantic coast; 558,200 residents (2002) with suburbs. Some industry, including sugar refining. Crude oil and copper export port. International Airport. University (1981), National Museum, two large mosques.

The town was founded in 1903 along the north-south trade route, between the mineral-rich north and the agricultural areas in the south. Nouakchott was a smaller village when it was designated as the capital in 1957. Originally, the town was planned for 15,000 residents, but it has had a far greater growth than expected, especially caused by the many drought disasters the country has been affected by. Very many people live in miserable conditions in and around the city. 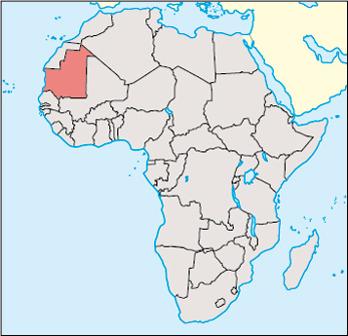