Libya, State of North Africa; 1.76 million km2, 6.7 million residents (2019).Libya borders in the east to Egypt and Sudan, in the south to Chad and Niger and in the west to Algeria and Tunisia and to the north coast to the Mediterranean. The border with Chad has been disputed since 1973, when Libya occupied a 114,000 km 2 large area in northern Chad, the so-called Aozour Strip. The capital is Tripoli (Tarabulus al-Gharb), which in 2010 had 1.1 million residents.

Libya consists mainly of desert and peninsula. In the narrow coastal strip of the Mediterranean lies elongated oases and salt marshland. The whole of Libya has a dry and hot climate of the desert climate, with the exception of the northernmost parts which, through influence from the Mediterranean, have a steep climate.

The country became independent in 1951 and was governed in 1969–2011 by Muammar al-Khadaffi. In the beginning of 2011, a wave of protests, which spread from other parts of the Arab world, grew into violent clashes and subsequently to outright civil war. In March, the outside world came to the rebels’ assistance with air support and during the fall al-Khadaffi was overthrown. After the Civil War, Libya is in a complicated reconstruction process. The National Transitional Council, formed in the city of Benghazi at an early stage of the revolt, ruled the country until August 2012 when a people-elected parliament took over.

The country’s economy is dominated by the oil and gas industry. Attempts to broaden the economic base have been made but so far these have been unsuccessful. 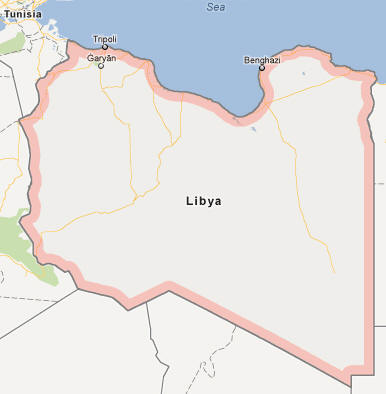