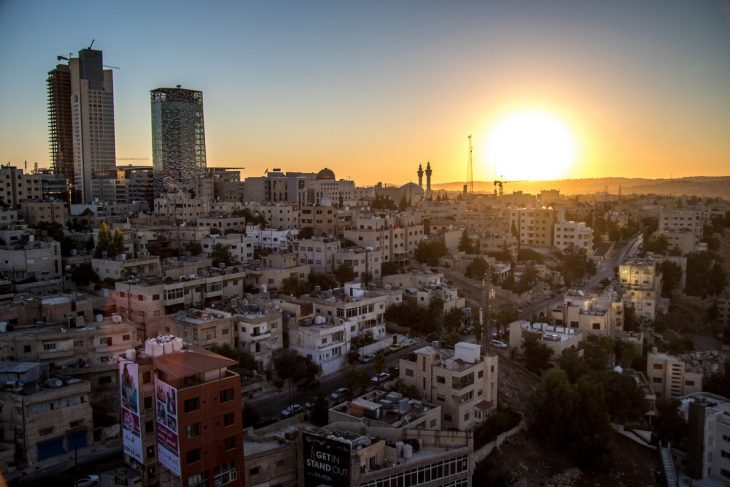 Amman is the capital and largest city in Jordan. The city is situated on seven dots, about 1000 meters above sea level, and has about four million residents (2017). Amman is the country’s economic, political and cultural center, and is an important transport hub with an international airport.

The city’s business grew sharply during the 1980s when many companies moved here from the civil war- stricken Beirut in Lebanon. The industry is dominated by tobacco, food and textile production. The university of the city was established in 1962.

Amman contains some historical ruins, including a large Roman amphitheater, forum and citadel. This helps make Amman a tourist destination. The wars in neighboring Syria and Iraq have made Amman a center for diplomats and aid workers working with these countries.

The history of the city

Amman’s history dates back very far in time and remains of a Neolithic settlement dating back to around 7250 BC have been discovered. This makes Amman one of the oldest cities in the world. About 1300 BC. the Ammonites established a town where Amman now resides. The city was then conquered by Alexander the Great who renamed it Philadelphia. After the Romans conquered the area in the year 63 BC. the city remained in the Roman Empire until it was conquered by the Arabs in 635. They named it Amman. From the end of the 1300s, the city was gradually abandoned. The modern city was built after the Ottomans started building here in 1878.

When Jordan became an independent country in 1946, it was with Amman as its capital, even though it was mostly a village with just over ten thousand residents. The city had strong growth since 1948 due to the influx of Palestinian refugees. Although East Jerusalem became part of Jordan in 1949, the Jordanian royal family chose to retain Amman as its capital.

Parts of Amman were severely destroyed in 1970 during the fighting between Jordanian and Palestinian forces in the civil war, known as Black September.

The city has had two new periods of explosive population growth in the 2000s. The first happened after the Iraq war in 2003, when large numbers of Iraqi refugees came to the city. The second growth came as a result of the Syrian civil war as a large number of Syrian refugees have moved to Jordan.