Beijing is the capital of China, furthest north on the North China Plain, 160 km from Bohai Bay. The city borders Tianjin in the southeast and is otherwise surrounded by Hebei Province.

Beijing is a separate city municipality (shi) directly under the central government, and it is divided into 16 districts (qu), including two-country districts (xian); 16 411 km2. The city has 20 384 000 residents (UN, 2015). About eight million of these are migrant workers, that is, they have lived in the city for more than half a year.

Beijing has seven entries on UNESCO’s list of the world’s cultural and natural heritage:

The city is strategically located, and is the natural hub for trade between the North China Plain and the Mongolian and Manjyric northern areas. The city has also been an important starting point for Central Asia’s trade routes for over 700 years. It is today a center for the Chinese road and rail network, with rail lines to Shenyang, Shanghai, Guangzhou, Kowloon, Baotou and Taiyuan, as well as connection to Moscow, North Korea ‘s capital Pyongyang and Ulan Bator in Mongolia.

Beijing is also the center of civil aviation in China, with two international airports. Tianjin, near the outlet of Hai He in the Gulf of Bohai, is Beijing’s port city.

Over the last thirty years, the city has gained many multi-lane roads. Beijing is also surrounded by six ring roads and has a subway network of 1177 km (2020). The city also has a very good public bus system. Many of the buses are electric; preferably in combination of cables (trolley bus) and battery.

The inner city, also known as the Tatar town, has ancestry back to the Mongolian town of Dadu (or Khanbaliq). Although most buildings today are gone, the street network dates from this time.

The outer city, also called the Chinese city, was built around 1550 during the Ming Dynasty. The street network is built as a grid symmetrical about a north-south axis with the Forbidden City as its center. The axis passes through Qianmen, the ‘Forport’, which was the inner city’s southern main gate towards the outer city. The Qianmen stands at the southern end of the Tian’anmen Square (Tian’anmen guangchang), ‘The Gate of Heavenly Peace’, a huge rectangular space that is the largest of its kind in the world. The square, which has been greatly expanded since 1949, has been the site of several riots, most recently the student demonstrations in June 1989. In the military campaigns that followed, between 300 and 3000 people were killed.

In Tian’anmen Square is Mao Zedong’s mausoleum, while the People’s Great Hall and Revolution Museum are located on either side. At the north end of the square stands the national symbol Tian’anmen, ‘The Gate of Heavenly Peace’, with Mao Zedong’s portrait, from which he proclaimed China as a people’s republic in October 1949.

The Tian’anmen head into the Forbidden City with palaces from the Ming and Qing Dynasties. The city was closed to outsiders for 500 years, but is now officially called the Palace Museum. Beautiful parks and temples are strategically landscaped in all directions around the city. Among the largest and most well-known are the Tiantan Park, the ‘Temple of Heaven’, from the time of the Ming Dynasty and the Yonghegong Monastery (the Tibet- linked Lama Temple). In many places older buildings, or alleys, with narrow alleys called hutons still exist, and some of these are protected. Such an alley consists of several houses, each arranged in a square around a garden.

The northeastern district of Chaoyang has been developing tremendously since the economy opened. Here are most embassies and offices for international organizations. Chaoyang owns more than 60 percent of both Beijing’s luxury hotels and foreign companies established in Beijing. Chaoyang also has Beijing International Airport, and most of the 2008 Olympic Games stadiums and facilities

In the northwest 12 km from the city center lies the Summer Palace (Yiheyuan), built in 1115–1234 and rebuilt in 1888 by Empress Ci Xi after a Franco-British army burned it down. In this area are also most of Beijing’s universities and higher education institutions. Remains of the Great Wall of China are found in several places north of the city municipality. The most famous places where tourists can see the wall are at Badaling and Mutianyu, 70 and 90 km from the city center respectively.

Since the 1950s, after moving the capital from Nanjing to Beijing, the city has changed its appearance. The central government has invested significantly in Beijing’s infrastructure. The old city walls were demolished early to make way for new roads.

A ring of skyscrapers has grown up around the city center, but authorities have continued the ancient dynasties’ ban on building houses higher than the Tian’anmen (45 meters) in the area within the old city walls. With the economic growth in China from the 1980s, a stream of poor people has come in from the countryside. To remedy the housing shortage, the authorities have built a large number of satellite towns with 12–16 storey blocks of flats around the city center.

Mountain areas, which comprise 62 per cent of the city’s area, surround the city in the west, north and northeast. The remaining is lowland plain. The mountains in the west (West Mountains) are part of the Taihang Mountains with, among other things, Beijing’s highest mountain Dongling Mountain 2303 meters above sea level.

The Jundu mountains in the north and northeast are part of the Yanshan mountain range, reaching between 1000 and 1500 m. The southeastern plain is part of the North China Plain (Huabei Pingyuan), and is mostly river plain with a lowest point of 10 meters. The river plains are formed by several rivers, including Yongding He and Chaobai He, all of which belong to the river system Hai He, and culminate in the Bohai Bay at Tianjin.

The rivers have in the past often changed their course or flooded and caused great destruction. Since 1949 canals and a number of water reservoirs have been built to control the volume of water and at the same time ensure the water supply to the city.

Service industries are the main industry, but the industry is extensive. Historically, Beijing has primarily been a center of administration, culture and spiritual life. The city has several universities and higher educational institutions, the National Library of China and the National Academy of Sciences.

Beijing is also known for traditional crafts, such as carved works in ivory, jade and wood, and cloisonné and mother of pearl work. The industry is mainly the result of a plan-driven development, and today encompasses a wide range of production of iron and steel products, machinery, transport equipment, chemical products, paper products, clothing and textiles, electrical and electronic components, building materials and high-tech components.

When the People’s Republic was established in 1949, the industry was completely insignificant. The governing authorities launched a large-scale industrialization program focusing on the development of the heavy industry rather than the light industry. Coal reserves in the West Mountains and iron ore and other minerals in the north were utilized. The entire process from mining and coking plants, through the entire processing up to the production of iron and steel, was integrated into a single large industrial complex. The manufacture of quality steel formed the basis for a comprehensive mechanical industry, with the production of railway materials, car parts, tools and various machines. Oil pipeline from Daqing in Heilongjiang formed the basis for the petrochemical industry. Oil has also been discovered at Daxing just south of Beijing city.

The unilateral commitment to the heavy industry created capacity problems within water supply, electricity supply and transport, as well as environmental pollution. The population increased rapidly while neglecting the development of housing and public services. Agriculture was also neglected.

The opening of China’s economy in 1978 (see the history of the People’s Republic of China) led to major changes, and a restructuring program was implemented. The focus was also on developing more varied industries, trade, transport and other service industries. In addition, the public services were expanded, and satellite towns were built to help with housing needs.

Since 1990, the industrial structure has undergone further modernization. Business is more internationalized, and the number of privately owned enterprises has increased significantly. Production of high-tech products has become the fastest growing industrial area. The building industry has also grown dramatically in line with the strong expansion of the city. A Shaanxi gas pipeline was opened in 1996.

However, the most dramatic development has taken place in the service industries, which has once again become Beijing’s most important industry. New status as a world city combined with well-known historical monuments has led to strong expansion of commerce, financial institutions, hotels, restaurants and related industries.

A number of cities with different names have been located where Beijing is now located. The Kingdom of Yan had its capital here in the last two centuries of the Zhou era, up to 221 BCE. when it was destroyed. Later, the city was called Yan, which is still used as a literary name for Beijing.

In 314 to 589 CE., The city was controlled by nomads, from 916 to 1124 was under the name Yanjing capital of the kingdom of Liao, created by Kitana Tatars in northern China. They were followed by another Tatar tribe, the Golden Horde, who called the city of Zhongdu. It was destroyed by the Mongols in 1215, but Khubilai-khan rebuilt it in 1272 under the name Khanbaligh, the so-called inner city or Tatar city.

When the Mongolian Yuand dynasty fell in 1368, the national capital was added to Nanjing (‘southern capital’), but in 1421 the capital was moved back to the old place now called Beijing (‘northern capital’). The men kept the name when they founded their dynasty (Qing).

The city was the organizer of the 2008 Summer Olympics. 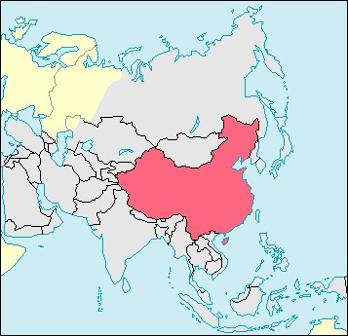