The city is located southeast of the country, approx. 15 km from the border with South Africa; 186,000 residents (2001), in the urban area 225,000 residents Gaborone is a commercial and administrative city. The city has a university, an international airport (Seretse Khama), a national museum and an art gallery.

When Botswana became independent in 1966, one year earlier the administration had moved from Mafeking (now Mafikeng) in South Africa to Gaborone, which at that time was only a small village and British military outpost by rail from Mafeking to Bulawayo. The city was planned and built with British help. The town was called 1969 Gaberones. 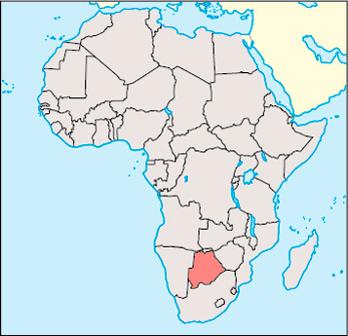